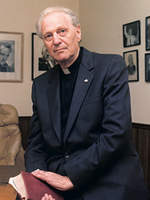 Pastor Richard Wurmbrand (1909—2001) was an evangelical minister who endured 14 years of Communist imprisonment and torture in his homeland of Romania. He is widely recognized there as one of the country’s greatest Christian leaders, authors and educators.

In 1945, when the Communists seized Romania and attempted to take control of the churches, Pastor Wurmbrand began an effective, vigorous “underground” ministry to oppressed believers as well as to the Russian soldiers occupying his country. He was arrested in 1948, along with his wife, Sabina, who was imprisoned for three years. Pastor Wurmbrand spent three years in solitary confinement, seeing no one but his Communist torturers. He was then transferred to a group cell, where the torture continued for five more years.

VOM Board
of Directors

As a Christian leader of international stature, Richard’s imprisonment did not go unnoticed. However, when foreign diplomats asked the Communist Romanian government about him, they were told that he had fled the country. Adding to the confusion, Romanian secret police posing as former prisoners told Sabina they had attended his burial in the prison cemetery. His family and friends were told that he was dead. 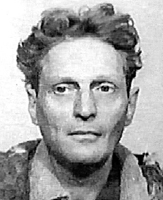 After more than eight years in prison, Richard Wurmbrand was released, immediately resuming his work with the underground church. A couple of years later, in 1959, he was re-arrested and sentenced to 25 years in prison.

Pastor Wurmbrand was released through a general amnesty in 1964, again resuming his underground ministry. A group of Christians in Norway, realizing the probability and danger of a third imprisonment, negotiated his family’s emigration from Romania with the Communist authorities, who had begun “selling” political prisoners. While the average price for a prisoner was about $1,900, the government demanded $10,000 for Pastor Wurmbrand.

In May 1966, he testified before the U.S. Senate Internal Security Subcommittee, where he stripped to the waist to show 18 scars from torture wounds covering his torso. His story was carried in newspapers throughout the U.S., Europe and Asia. Pastor Wurmbrand was warned in September 1966 that Romania’s Communist regime planned to assassinate him, but he would not be silenced.

As co-founders of The Voice of the Martyrs, Pastor Wurmbrand and Sabina traveled throughout the world establishing a network of more than 30 offices that provide relief to families of imprisoned Christians in Islamic nations, Communist nations and other countries where Christians are persecuted because of their faith. Their message has been, “Hate the evil systems, but love your persecutors. Love their souls, and try to win them for Christ.”

Pastor Wurmbrand wrote numerous books, which have been translated into more than 70 languages. He has been labeled at various times by Christian leaders as “The Voice of the Underground Church” and “The Iron Curtain Paul.”