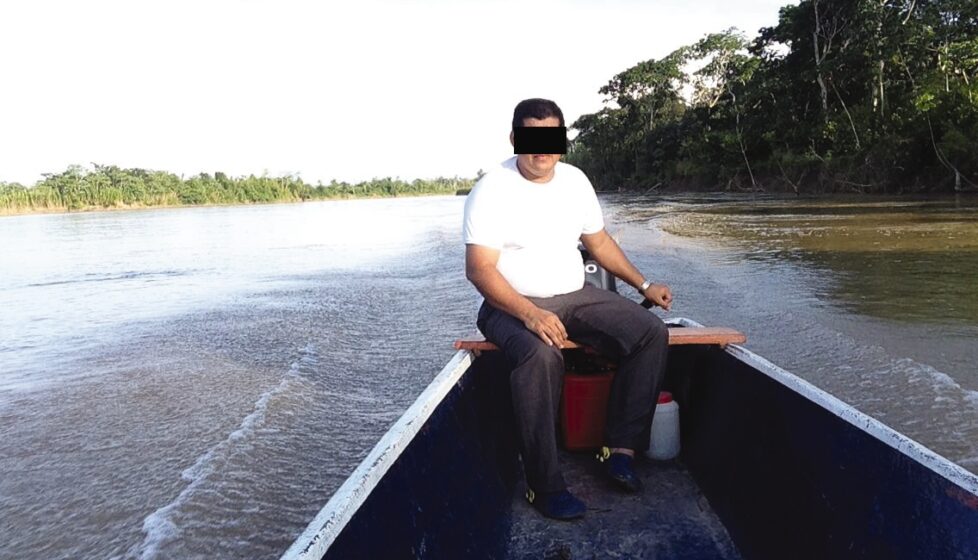 Simon and Sara were roused from sleep at 4 a.m. by shouts and banging on the door. Revolutionary Armed Forces of Colombia (FARC) guerrillas in black rubber boots and olive green fatigues dragged the couple out of their house in pouring rain and forced them to get on motorcycles. As Simon and Sara clung to the motorcycles, feeling the slap of rain on their faces and the splatter of mud on their legs, they wondered if they were being taken to their deaths.

The small jungle town in rural Colombia where Simon, Sara and their five children live is accessible only by water. Houses are scattered along the network of rivers, and the only way to reach them is by boat. Colombians living in this remote area make their living through farming.

Simon and his family had moved to the area four years earlier to share the gospel with those living in the isolated “red zone,” an area controlled by guerrillas rather than the federal government. He and another pastor work together, ministering in opposite ends of the river region. VOM provided Simon with a boat to help him in his ministry work, and he shares the boat with the other pastor. He ministers to about 170 believers, but they rarely meet as a group. Instead, Simon visits them individually for Bible reading and teaching.

On Sundays, however, some nearby believers gather at a little church building behind Simon’s house. Simon preaches over a sound system, knowing that the guerrilla groups camped across the river can hear every word. He’s happy that they are hearing the gospel, but he also knows they could shut him down at any moment. Throughout Colombia, guerrillas and paramilitary groups see churches as threats to their authority, potential sources of conspiracy against them. They hate the fact that Christians are more loyal to God than to communist ideology.

“The FARC call Christians a plague,” Simon said. “They always want to kill us.”

Encounters with the FARC

At one point, the church was closed for more than a year before Simon quietly resumed worship meetings. He knows it’s risky, but he also knows the believers need to be encouraged through corporate worship. And Simon has seen God protect him from harm in miraculous ways.

In 2013, a FARC soldier came to his house, kicked in the door and said, “Bring the pastor.” Simon wasn’t home, so his 8-year-old son asked the uniformed guerrilla, “Are you here to kill my father? If you are, we won’t be friends anymore.” The soldier laughed and patted the boy on the head. “Your father will not die today,” he said. Then he asked the boy to pray for him before he disappeared back into the jungle.

Simon has led at least one FARC member to Christ. The former bodyguard of a notoriously ruthless commander placed his trust in Christ, was baptized and is now in a church prayer group.

Sara has also had opportunities to share Christ with the guerrillas. When she was 8, both her mother and father were killed by the FARC, leaving her and her four brothers orphans. She became a Christian at age 15 and later married Simon. In 2014, she learned that one of the commanders responsible for her parents’ deaths was on trial nearby for another crime, so she went to meet him. “I forgive you for killing my mother, for killing my father,” she told him. “You have hurt me a lot, but now I go and talk to the people, preaching.”

Simon and his family had shared the love of Christ in the remote jungle region for four years, but in May 2014 when they were awakened in the middle of the night, it seemed that Simon and Sara might have to pay with their lives.

It was 7 a.m. when the guerrillas finally stopped and ordered Simon and Sara to get off the motorcycles. They’d taken the couple across the border into Venezuela to meet with a FARC commander. “I was very scared,” Simon said. “My wife was remembering how her parents were killed and thinking about our own five children.”

As they waited, Simon and Sara learned why they had been brought to the commander. “The purpose was to punish us for not obeying the rules,” Simon explained. “No more sermons.”

They waited nervously until the commander called one of the soldiers on his cellphone to say he was on his way. Simon and Sara continued to pray, wondering what would come next.

At about 8 a.m., the commander called again. “I can’t meet with them today,” he said, “because the army is lurking around.” Just as suddenly as Simon and Sara had been abducted by the guerrillas that morning, they were set free. The guerrillas melted into the jungle to avoid potential army attacks, leaving the couple standing in the road. Although their children were startled that morning when they realized their parents had disappeared in the middle of the night, Simon and Sara were back home by 11 a.m.

In 2014, Simon joined a group of other pastors at a VOM-sponsored pastors’ conference in Colombia. One of the greatest difficulties for pastors like Simon is the isolation and lack of support they feel while ministering alone in hostile areas. Conferences like the one VOM sponsored in Colombia are a way of encouraging front-line workers, who often have little contact with others doing similar ministry work.

At the conference in Colombia, Simon shared his testimony and spent several days with the other pastors for worship, rest and encouragement. He also heard stories about other places where Christians are suffering for their faith.

“After the conference, I was revitalized,” he said. “The words that were preached and the talk about the importance of putting up with each other were motivating. Just that you [supporters] were there with us [was meaningful].”

While their encounter with the FARC in May 2014 resulted only in heightened fear and anxiety, Simon and Sara know they could be kidnapped again at any moment. Simon worries about what would happen to his family if he were taken by the FARC, and he also wonders how he would respond. “I don’t know what I would say in the midst of persecution,” he said, “because I love my children and wife.”

Simon knows he is an ordinary man being used by God. “I don’t think I am stronger than anybody; I am not smarter or stupider than anybody.” And with the support of his brothers and sisters in Christ, he is eager to continue sharing the truth of the gospel with his neighbors.

Soldier Confronted by A Child: “Are You Here to Kill My Father?”
Categories: Stories from the Field
Tags: Colombia

Get more stories like Soldier Confronted by A Child: “Are You Here to Kill My Father?” with a subscription to VOM's Award Winning Magazine