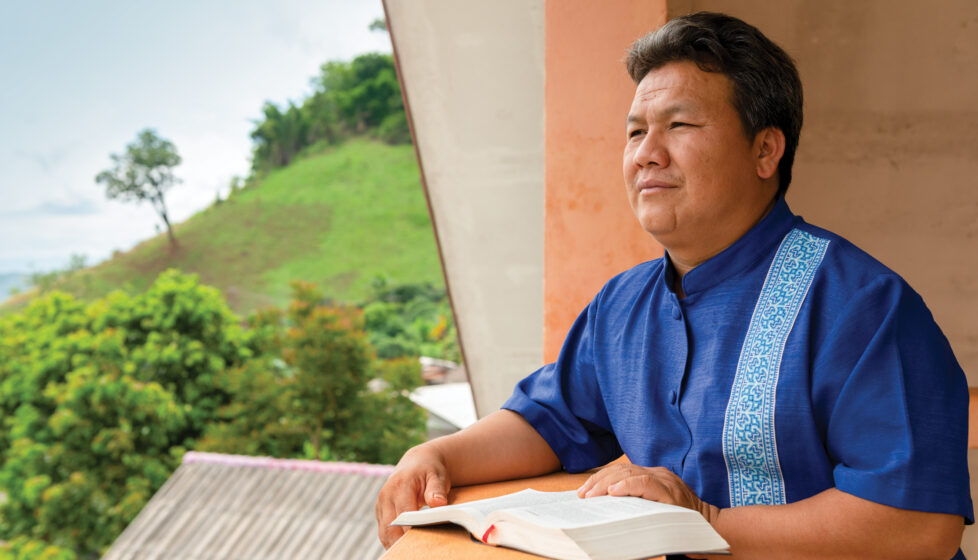 The Fugitive Pastor in Vietnam

After leading his Hmong congregation in prayer one Sunday morning in the fall of 2002, Pastor Foom Chao opened his eyes to the alarming sight of several Vietnamese police officers waiting to arrest him.

Foom had been detained more than 10 times for bringing Bibles to the Hmong people in the jungles of Vietnam, but authorities had never before interrupted a church service to arrest him. As the officers handcuffed Foom and led him away, they told him this would be the last time.

“We will never let you be free anymore,” the arresting officer said.

Foom realized he might never see his wife and three children again, and he considered the possibility that the authorities might even kill him. So as the officers escorted the handcuffed pastor across a stony path in the middle of a river, he suddenly turned and ran toward nearby mountains.

The police officers chased Foom into the jungle but lost him in the thick green foliage. As the sun began to set, Foom hid quietly on the mountain and prayed to God.

“The Bible says You help the one whom You love,” he prayed. “Please, if You want to use me in Your ministry, please help me as I have no way to do it. I have nowhere to go. Help me to escape these people.”

Foom hid on the mountain for two nights. Once he felt safe to leave, he hiked down to a nearby Hmong village that he knew had a church. There he found someone to cut the chain on his handcuffs, freeing his arms.

Later that evening, Christians in the village took him to the main road, where he found a ride to Hanoi. He hoped to explain his situation and get help from the leader of his denomination.

Vietnam has a population of 96 million and is predominantly Buddhist, but there are nearly 10 million Christians there. Roughly 400,000 of the Christians are Hmong, and the number is growing. The country’s Communist leaders have long considered Christianity to be a U.S. propaganda tool.

On his way to Hanoi, Foom traveled through multiple police checkpoints where officers searched vehicles for a man in handcuffs. The sleeves of Foom’s jacket concealed the cuffs still locked on his wrists.

After arriving in Hanoi, Foom found the office of his church denomination and met with the president. He revealed his handcuffs, shared the story of his escape and asked the president for help. But since police had been cracking down on those spreading Christianity among the Hmong people, the president was reluctant to help a fugitive Hmong pastor.

“That’s a very big problem,” the president told him. “Sorry. You are Hmong, so we cannot help you.”

The president arranged to get Foom a hotel room for the night, but when the hotel clerk saw Foom’s passport, he immediately called police, and Foom was rearrested.

When Foom got to the jail, police took his belt off and repeatedly whipped him with it. The next morning, they beat him again before interrogating him. After Foom explained that his only “crime” was becoming a Christian and sharing his faith in the north, the Hanoi police called the police station in the north and told them to come get him.

This time Foom was handcuffed with his thumbs bent toward his arms. Since he could not use his hands, the guards forced him to eat his food from a bowl like a dog.

Finally, after a week, the guards loosened the handcuffs. Every day, they demanded that Foom sign a document stating that Christianity is a false religion from the United States. But each time he refused to sign, and he spent another three weeks in jail as a result.

After a month of failed attempts at persuading Foom to sign the document, the officers lost their patience. Grabbing his hand, they forced him to place his index finger on an ink pad and “sign” the document denying Jesus, with his fingerprint as his signature.

Foom was then taken to a courtyard where police had gathered 400 Hmong Christians. They escorted their prisoner to the front of the crowd, lifted up the document and told the Christians that Pastor Foom had rejected the foreign religion of Christianity. The officers then ordered the crowd of Hmong believers to reject Jesus.

Seeing the Christians stand and clap for the pastor, the police realized Foom had not said what they had ordered him to say. They angrily rushed him away before beating him again, but they knew there was nothing else they could do with him. Foom was released from jail and ordered to never leave his village.

“I praise God that the police beat me and persecuted me,” he said. “I just thank God that situation happened to me because after the persecution, many Hmong became Christians. It also made the church leaders strong in their faith and helps them continue to serve God.”

Foom said he forgives the officers who beat him and tortured him with the handcuffs. In fact, since his release, many of them have attended Hmong New Year’s celebrations that Foom hosts at his house each year. The officers still bring him gifts and apologize for the way they treated him.

Since his release from jail, Foom has traveled outside his village numerous times to share the gospel, and he also oversees a network of nearly 70 churches in two provinces. While churches can operate freely and openly in many parts of Vietnam, most of the Hmong churches Foom visits must operate secretly as house churches.

“The police are very strict and watch the Christians,” he said. “I have to go underground secretly to visit them.”

In 2018, VOM helped purchase a motorcycle for Foom. We also support the evangelistic training he provides in a number of villages as well as his work of encouraging and praying for other believers who have experienced persecution.

Foom fully expects to be imprisoned again, but he knows that if it happens, God will use the experience to grow His church among the Hmong people in Vietnam.

Hmong Pastor Jailed in Vietnam, Thanks God for Persecution
Categories: Stories from the Field
Tags: Vietnam

Get more stories like Hmong Pastor Jailed in Vietnam, Thanks God for Persecution with a subscription to VOM's Award Winning Magazine