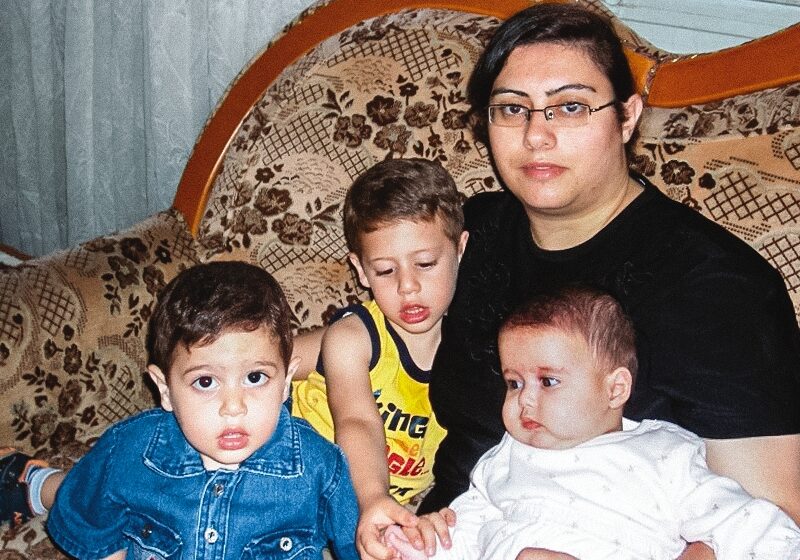 Melissa was just four years old when she lost her mother.

On July 1, 2012, she went to church with her mother in Garissa, Kenya, as usual. Melissa went to Sunday school while her mother, Sandra, joined in worship with other members of the Africa Inland Church. But the service ended abruptly when gunmen burst into the sanctuary and opened fire on worshipers. Melissa huddled with the other children in Sunday school as worshipers ran from the building. Later, after other parents had collected their children, Sandra’s best friend picked up Melissa and told her that her mother was in the hospital. The next day she was told that her mother had died.

The attack, carried out by members of the militant Muslim group al-Shabab, had killed 14 believers and injured 58. Twelve children were orphaned that day, and The Voice of the Martyrs has helped support them since the attack. Melissa is being cared for by her elderly grandparents. Like many in the area, they are subsistence farmers in a drought-prone region where crops are undependable. The support from VOM will help ensure that Melissa is able to attend school and that she and her family will always be able to buy food. VOM’s support also lets Melissa know that the body of Christ cares for her.

While they continue to grieve, many families affected by the Garissa attack maintain their joy in the Lord. The wife of one man killed in the attack chose to have John 3:16 engraved on his headstone. These believers know that God’s love extends even to the men who took the lives of 14 Christians in Garissa. And their confidence remains firm in the God who helps them endure and overcome impossible circumstances (Heb. 10:35–36).

Pauline Ayyad lost her husband at the hands of terrorists in Gaza City in 2007.

Rami Ayyad managed a Christian book store for the Palestinian Bible Society. Although he received regular threats from extremists and the book store had been bombed twice, Rami always told his wife, “Jesus is the love of my life and I will never deny him, regardless of what happens.”

On Saturday, Oct. 6, 2007, Rami was kidnapped by three men — “fundamentalists with long beards” as he described them to Pauline in a phone call after he’d been taken. Early the next morning, his body, marked with knife wounds and bullet holes, was found near the book store.

Pauline and Rami had two young children, and she was pregnant with their third. She was very angry, especially at the person who shot her husband. “I used to blame God all the time,” she said. “I told the Lord, ‘What good is going to come out of this? What good could happen to me after the death of my husband?’ I hated Muslims. I hated everybody.”

Then the Lord spoke to Pauline through Ecclesiastes 3. She realized Rami’s death was according to God’s timing and that his killers were God’s tools, used for his purposes. “That was the beginning of the forgiveness journey,” she said. “I forgave them, but very much on the surface. I wasn’t really forgiving them.”

In the months after her husband’s death, the Bible Society moved their staff, including Pauline, out of Gaza. They were no longer safe in the territory run by the Islamist group Hamas. Pauline and her three children resettled in the West Bank city of Bethlehem. They received support and encouragement from Christians around the world, but she still struggled with her feelings toward her husband’s killers.

The process of forgiveness that God had started in Pauline was finally completed five years after Rami’s murder. At a conference in 2012, Pauline realized that the Muslims living around her were the ones that she needed to reach. “I released my forgiveness to those people,” she said, “and I felt like a totally different person. I felt I had a new spirit, a new heart and a new mind full of forgiveness and full of acceptance to the situation that the Lord allowed in my life.”

Today, Pauline is involved in several forms of outreach to Muslim women in her Bethlehem community. She also operates a small gift shop near the Church of the Nativity, selling souvenirs to tourists to support her three kids. In partnership with the Palestinian Bible Society, VOM has provided some support over the years, including providing some inventory for the shop in 2014.

Pauline has seen the Lord’s loving hand at work in her life. “I started finding out, six years after Rami’s death, what a great honor it is to be the widow of a martyr,” she said. “Jesus, for us, became a reality, became a husband, became a father, became a brother, became a helper, became everything — a person you can rely on, you can depend on.

“My message to widows is don’t bury yourself with your husband. No, go outside and be a testimony. Experience Jesus and let him lift you up and use you in a miraculous way to bring glory and honor to his name.”

As fellow believers, we can help meet the needs of widows like Pauline and orphans like Melissa. But we rely on the Lord to do the final work of bringing comfort and forgiveness to those who keep their confidence in him.

Get more stories like Christian Widows, Orphans Remaining Faithful After Attacks with a subscription to VOM's Award Winning Magazine