Despite the central role of Turkeyâs church in the New Testament, evangelical believers today number only in the thousands in this highly gospel-resistant, Islamic country of more than 80 million. Turks are proud of their country, which has rapidly industrialized and modernized. Yet their love for country is so fused with their love of Islam that it is assumed that all Turks are Muslim, and it is inconceivable for a Turk to be a Christian. Christians are often characterized in the Turkish press as western imports who donât belong. By Godâs grace, Christians still have some degree of freedom to worship together. Efforts have been underway for many years to strengthen and mature the leadership of the few Turkish churches, and Turkish believers boldly use all major media platforms to share the gospel with their fellow Turks. Ongoing changes to Turkeyâs system of government, which includes growing Islamist sentiment, will likely increase the pressure on the small Christian community.

Most Turks are proud Sunni Muslims and hold the faith as a core part of their nationalist identity, even if they arenât devout.

Believers face a range of challenges, most often from family, but extending to neighbors, employers and the government. 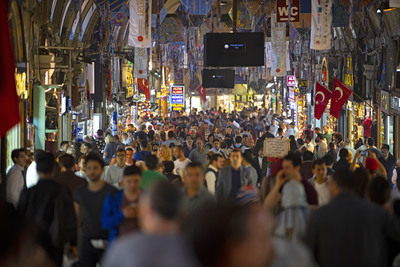 Pastors have been targeted in sophisticated assassination plots. In 2007, two Turkish believers and a missionary were brutally murdered. After a 12-year legal process, the five killers were sentenced to life in prison. However, many believe the organizers behind the murders were not held accountable. There is a huge stigma against becoming a Christian in Turkey, and Christian converts from Islam face stiff opposition from all sides. Believers face opposition from their families, communities and government. Many believers lose housing and jobs. American Christian Andrew Brunson, who was imprisoned in Turkey for two years, was released in October 2018.

Bibles can be legally printed in the country, but there are few distribution points. Many churches are involved in Bible distribution. However, Christians in remote areas of Turkey have less access to Bibles. Give Bibles

VOM distributes Bibles and works with local churches to support and encourage their efforts throughout Turkey. Give to VOMâs Global Ministry