The island nation of Sri Lanka, off the eastern coast of India, has never fully recovered from a civil war between Buddhist and Hindu factions that ended more than a decade ago. The government has put significant efforts into resettling those displaced during the conflict between the majority-Buddhist Sinhalese population and the Hindu Tamil separatists. There are strong churches in the country as well as parachurch organizations that provide Bible training, theological education and missions training. Churches in Sri Lanka are actively sending missionaries to other countries in South Asia.

Reliable statistics are unavailable, but roughly 70 percent of Sri Lankans are Buddhist, 10 percent Hindu, 10 percent Muslim and 10 percent Christian. The north of the country is majority Hindu and the south majority Buddhist. Christians are a persecuted minority in both areas.

Buddhists are the primary persecutors, sometimes led by Buddhist monks who openly stir up communities against the Christians who live among them. Hindus also oppose evangelism and conversion to Christianity. 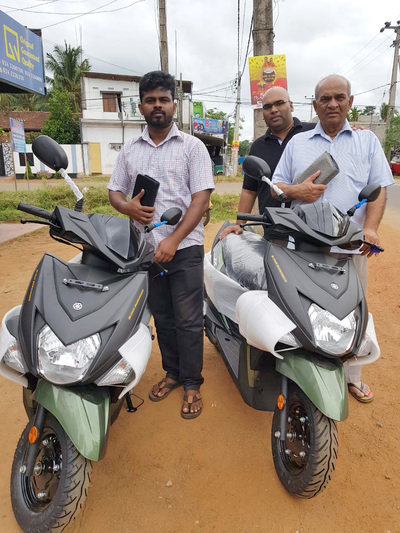 What It Means To Follow Christ In Sri Lanka:

Christians can openly gather and worship in Sri Lanka, but the government is now pressuring all churches to officially register. Local governments sometimes participate in attacks on pastors and churches. Despite the threats and attacks, Sri Lankan churches are strongly engaged in church-planting and missionary-sending activities.

There is a Bible Society in Sri Lanka, and Bibles are readily available except in the most difficult areas. Give Bibles

VOM supports training for missionaries, pastors and church planters, and provides Bibles and resources in difficult areas. Give to VOMâs Global Ministry