Specific areas within southern Mexico have a high concentration of indigenous minority groups. These minority communities, which maintain a separate identity and language, are systematically oppressed by local authorities. Christians among them are persecuted by Marxist and animist groups as well as village leaders. Tribal leaders persecute Christians in defense of their indigenous culture, and the federal government allows this. These communities are remotely located and difficult to reach. Despite persecution, the number of Christians has continued to grow in these areas.

Most people in southern Mexico practice Christo-paganism, a syncretistic blend of ancient pagan practices and Roman Catholicism. There is a strong Marxist (atheistic Communist) movement in some areas, especially in the state of Chiapas. In difficult areas within southern Mexico, evangelical Christians make up about 3 percent of the population. 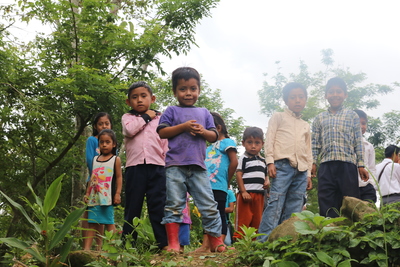 What It Means To Follow Christ In Southern Mexico:

Christian converts are rejected by their community and are often forced from their homes and villages. Large groups of Christians have at times been driven from their homes. Converts and faithful witnesses for Christ lose their jobs, inheritances and land. Those who remain in their communities are marginalized, partly because they will not participate in pagan celebrations that feature drunkenness and debauchery.

There is little access to Bibles in these isolated communities, and few are available in the indigenous languages. Give Bibles

VOM distributes Bibles in both Spanish and indigenous languages, provides support for those driven from their homes and communities, and responds to persecution incidents. Give to VOMâs Global Ministry