Most Somalis believe that to be Somali is to be Muslim, so those who come to faith in Christ are accused of rejecting not only their religion but also their nationality. After years of drought and civil war, more Somalis live outside Somalia than within its borders, and Somalis often take their Islamist cultural norms with them wherever they go. Therefore, those who faithfully serve Christ or convert from Islam in Somali communities throughout the world face severe persecution regardless of national laws. Even so, the dispersion of Somali people has also created unique opportunities to reach them with the gospel. Somalis are more reachable and open than ever before, and many have chosen to follow Christ, including some who are willing to reach out to other Somalis at any cost.

The al-Shabab terrorist organization and other Islamist groups persecute Christians, as do the government, communities and families. 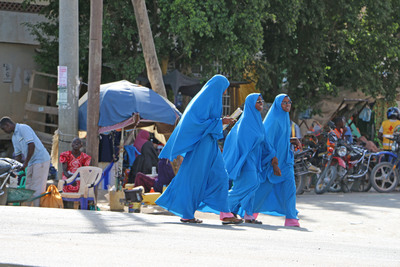 There are no church buildings in Somalia, and Christians must exercise extreme care when meeting in groups. It is strictly illegal to convert or evangelize. Christians are actively pursued, and when discovered they are immediately killed. Christians are more likely to be killed by al-Shabab or family members than to be imprisoned by the government. The autonomous region of Somaliland has seen a recent increase in the number of underground Christians being arrested.

Bibles are illegal and extremely dangerous to own. Most believers access digital versions on their phones or other digital devices. Give Bibles

VOM equips secret believers and supports those who share their faith inside Somalia. VOM also supports media efforts that reach inside the country. Give to VOMâs Global Ministry