French-speaking Niger is home to about 2.6 million nomadic Tuareg people as well as several million Fulani. Both groups live throughout the Sahara region and are predominantly Muslim, with less than 1 percent Christian. The Fulani in this region have not been as radicalized as they have been in Nigeria. Niger is one of the poorest countries in the world, and most people are subsistence farmers. Large-scale attacks against Christian communities are infrequent but did occur in 2015 when more than 80 churches throughout the countryâs southern region were destroyed. More recently, five churches in the TillabÃ©ri region were attacked by jihadists in 2021. The country has been affected by conflicts in Mali and Burkina Faso, where Islamist groups linked to al-Qaeda and ISIS have attacked border regions to expand their influence in the Sahel. The ongoing Boko Haram insurgency in northern Nigeria has pushed Nigerian refugees into Niger, displacing thousands in the southeast.

93 percent are Muslims, with less than 1 percent evangelical Christians.

The primary persecutors are Islamic extremists and community members. 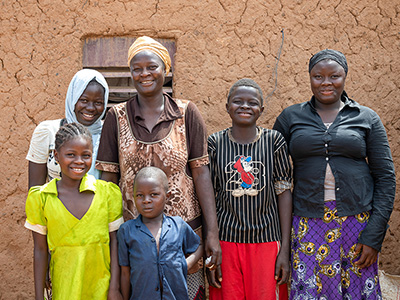 Few Christians live in this heavily Muslim country, but several key Christian leaders are reaching their nation for Jesus. Entire villages are coming to know Jesus when evangelists share the gospel. Radical Islamists from surrounding countries, such as Mali, Burkina Faso and Nigeria, are attacking Christians inside Niger with increasing frequency. Several villages and other groups in border areas have been displaced from their homes because of these attacks.

Bibles are available in the cities but not in rural areas. Many people are illiterate, and audio Bibles in their dialects are highly desired. Give Bibles

VOM supports the efforts of several evangelists and other front-line workers who are reaching nomadic groups throughout the country. We also support churches that have been displaced by extremist violence. Give to VOMâs Global Ministry