The Maldives is one of the most restricted nations in the world, with fewer than 10 known believers. Any Maldivian who follows Christ must remain secret or face imprisonment or expulsion from the country. The Maldivian government seeks to eliminate or greatly minimize outside influences that could affect its citizensâ cultural identity, which includes complete commitment to Islam.

Even though many Maldivians have little knowledge of the Islamic faith, all Maldivians are officially required to be Sunni Muslims, and the government enforces this rule without exceptions.

The government is the main persecutor, and Maldivian society is aligned with the countryâs commitment to ensuring that every Maldivian remains a Muslim. In addition to government persecution, seekers and converts receive tremendous pressure from their families and communities. 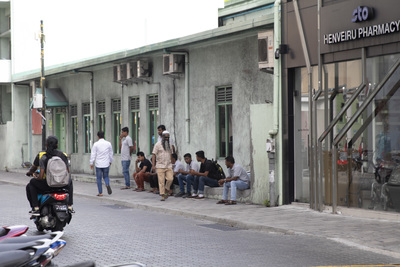 What It Means To Follow Christ In The Maldives:

The countryâs oppressive anti-Christian government and culture make it one of the worldâs most challenging regions for Christian work. Seekers and new converts experience extreme social pressure. Small close-knit island communities enable the government to maintain tight control over the population. Christian converts have been imprisoned in attempts to pressure them to renounce Christ and return to Islam, and they are usually forced to leave their homes and perhaps even the country.

It is illegal to import Bibles, but some Maldivians access Scripture through the internet. Translation of the Bible into Dhivehi, the main language of the Maldives, is ongoing, but the work has been difficult and slow because of the small number of Christian converts. Give Bibles

VOM uses creative, covert methods to share the gospel inside the Maldives. Give to VOMâs Global Ministry