Under Prime Minister Narendra Modi, the Hindu nationalist organization Rashtriya Swayamsevak Sangh (RSS) has seen a 20 percent increase in membership. Its emboldened base seeks to forcibly unite India under Hinduism despite the countryâs great diversity of languages, cultures and religions. Although Prime Minister Modi has publicly said his government will not tolerate religious discrimination, his actions have proved otherwise. Vague policies such as laws forbidding the conversion of Hindus have passed in several Indian states, and the push for a similar federal law has gained support. These state anti-conversion laws have long been used against pastors, church planters and evangelists. Conversely, reconversion ceremonies known as Ghar Wapsi, or âhomecoming,â which return Indians to Hinduism (sometimes by force), have become increasingly common. Despite greater government restrictions on Christianity, churches are growing.

About 80 percent of Indians are Hindus, and more than 10 percent are Muslims. India is also the birthplace of Buddhism. The Indian government does not release accurate statistics about its Christian population, so exact figures are not available. While there are an estimated 30 to 70 million Christians in India, this is no more than a 5 percent minority among Indiaâs staggering population of nearly 1.4 billion people.

The main persecutors are well-organized Hindu extremist groups, local governments and nationalist Hindus who seek to âpurifyâ India by making it entirely Hindu. They seek to appease Hindu deities by eliminating Christians, and they view Christian converts as traitors to the Hindu homeland. 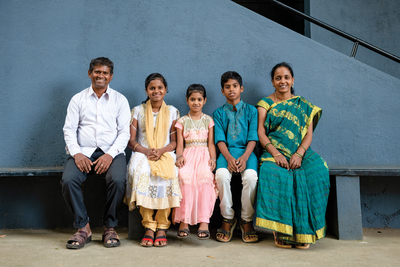 Hindu-nationalist informants live in nearly every village and report on the activities of Christians, resulting in attacks and arrests. When Christians are attacked, they often drop charges against their attackers to show forgiveness as a witness for Christ. Churches have been demolished and burned, worship gatherings have been disrupted, crosses in graveyards have been vandalized, and Bibles and other Christian literature have been confiscated and burned. Many pastors have been beaten and jailed, and several are martyred each year. Christians are often arrested and detained up to three weeks after being falsely accused of forcing Hindus to convert to Christianity. With legal assistance, they are normally able to post bail or show that the charges are unfounded.

Even though India has one of the largest Bible societies in the world, many rural Christians have never had access to a Bible. Bibles remain unaffordable for those who suffer severe poverty resulting from oppression in Hindu- and Muslim-controlled areas. In addition, the remoteness of some areas and widespread illiteracy continue to pose challenges for Bible distribution. Give Bibles

VOM responds to persecution incidents and supports persecuted pastors and their families as well as front-line workers. We provide Bibles and other practical help to Christians living in Indiaâs most hostile areas. Give to VOMâs Global Ministry 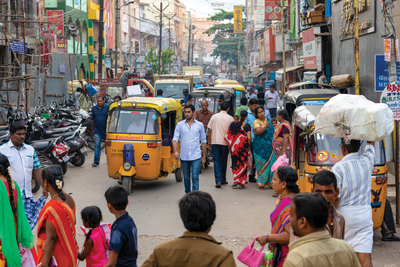