Egypt has the fastest-growing population in the Middle East and also the largest Christian population among majority-Arab nations. It remains a base for Christian activity throughout North Africa and the Middle East. Many well-established evangelical churches and parachurch ministries in Egypt are working to reach both cultural Christians and Muslims with the gospel. Several of these groups also send their own Egyptian missionaries throughout the region. While overt Christian activity results in persecution, church growth and the establishment of Egypt as a regional base of missionary activity are encouraging developments.

87 percent of Egyptians are Sunni Muslims. 13 percent are Christians, including 4 percent who are evangelical Christians. 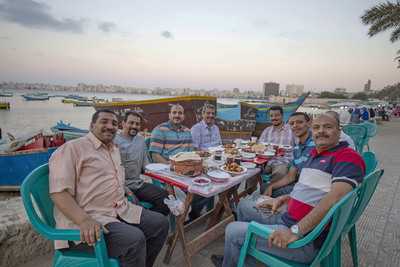 Christians who are outspoken about their faith are often beaten or imprisoned. When Christians are attacked or kidnapped by Muslims, the government rarely provides protection or assistance. Christian converts from Islam face the most problems, including being expelled from their families, being divorced by their Muslim spouses, losing their children and losing their jobs. Additionally, because their government-issued identity cards identify them as Muslim, it is difficult for them to attend church, to marry, to register their children in school, to get a job or to emigrate elsewhere. Christians charged with apostasy or proselytizing Muslims are generally imprisoned for a week or two, with a few notable exceptions.

Bibles are readily available at Bible societies, churches and bookstores in a variety of formats, translations and languages. However, not all Egyptian Christians can afford a Bible, and persecution and high illiteracy rates make Bible distribution an ongoing challenge. Give Bibles