Revival and rapid church growth have characterized Chinaâs churches since the 1990s. About 130 million Chinese are Christians, most of whom worship within the house church movement. Millions of others worship with the Three-Self Patriotic Movement (TSPM), which, as the only legal church, is controlled by the Communist government. Despite continuous pressure and oppression from the Communist government, house church leaders refuse to compromise the gospel by joining government-controlled churches. Because of decades of government oppression, many Chinese Christians do not have their own Bible or access to discipleship literature.

Influenced by their atheistic government, many Chinese are nonreligious. About 20 percent are Buddhists and another 20 percent practice Chinese folk religion. 9 percent are Christians.

The main persecutor is the government. 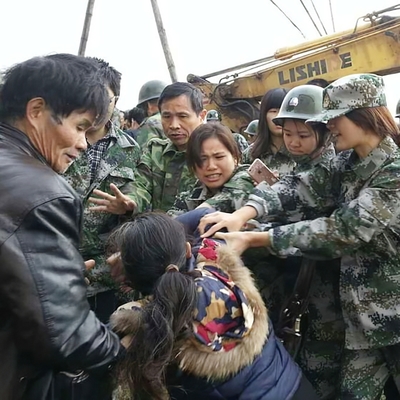 In the early 2000s, many unregistered churches enjoyed some freedom from government intrusion and harassment despite their illegal status. However, in recent years restrictive religious regulations and persecution have increased significantly. Hundreds of churches have been forced to close, pastors and church members have been arrested or detained and the online sale of Bibles has been prohibited. A campaign to remove crosses from churches continues in one province. The government has installed more than 170 million facial recognition cameras, many in or near churches, to identify those who attend worship services. Church leaders are under intense pressure to join the government-controlled TSPM. In general, the farther Christians are from Beijing, the more freedom they have. It is illegal to disciple anyone younger than 18. Christians are often charged with participating in cults or with other spurious accusations, such as âbad business practicesâ or âintent to undermine the state.â

Those living in rural areas have little access to Bibles and usually cannot afford them even when they are available. Bibles can be purchased at some bookstores operated by the TSPM, but rarely in significant numbers. The Bibles that VOM and other frontier missions organizations distribute each year have only begun to meet the massive need. Give Bibles

VOM distributes Bibles in the least reached, most challenging areas of China. Many of the Bibles are study Bibles for Christian leaders, who are otherwise unable to obtain these illegal and expensive study aids. We also support groups that are reaching Muslims in China. Give to VOMâs Global Ministry