Brunei is a Muslim majority nation, where the people live under the rule of a dynastic sultan. The law of the land is a version of Islamic Sharia. There are approximately 20 churches in the entire country and there are few opportunities for Bruneians to hear the gospel. Oil wealth has ensured that most people have few material needs, but spiritual needs are great. Despite the risk, a few bold evangelists and missionaries continue to bring the light of the gospel to this dark land.

Almost 80 percent of Bruneians are Muslim, and nearly all of the 9 percent who are Christians are ethnically Chinese.

The government is the main persecutor of Christians. 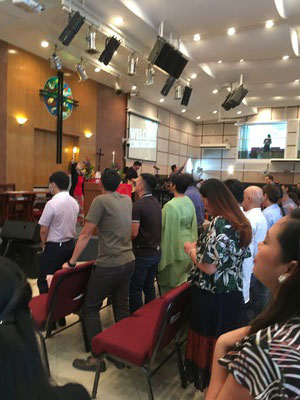 While some historic churches exist in Brunei, no new church buildings are allowed. Christians make up 9 percent of the population, and there are approximately 20 legally registered church buildings in the country. In 2015, all Christmas displays were outlawed. Churches are often afraid to reach out to Muslims because they are monitored closely by the religious police. Even inviting a Muslim to a Christmas celebration would be problematic. The penalty for evangelizing Muslims is up to five years in prison, a $15,000 fine or both. In the past, one believer was jailed for sharing his faith with a Muslim. Nevertheless, several secret believers have been baptized in recent years.

Bibles in the Malay language are illegal and are confiscated if discovered. No bookstores inside Brunei sell Bibles. Give Bibles

VOM supports the work of evangelists throughout the country. Give to VOMâs Global Ministry