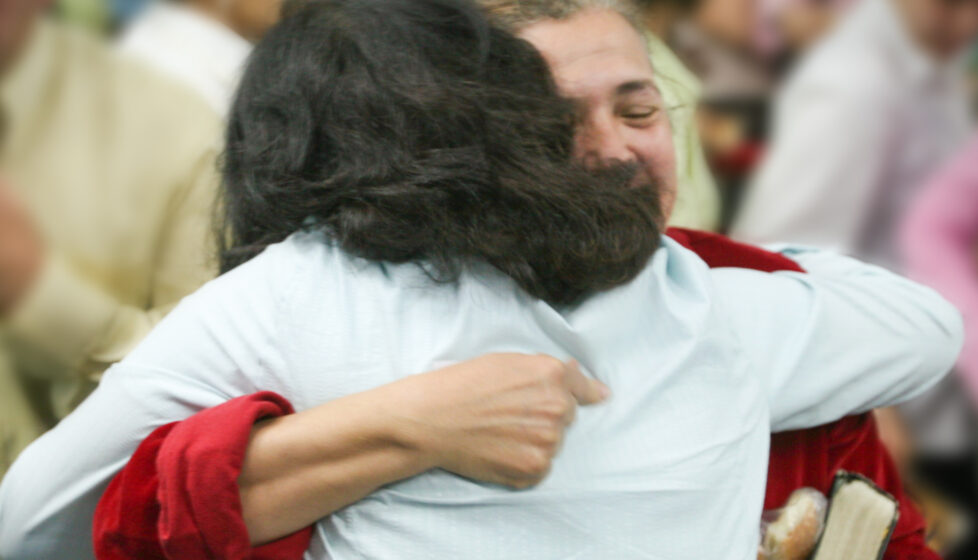 Duhra was born into unhappiness. When her older sister was born, her father named her “Enough” because he did not want more daughters. Then, when Duhra was born, he abandoned the family altogether.

Feeling the loss of her parents deeply, Duhra prayed to Allah for help: “I need a mother; I need a father. Why did you create me with no parents?”

Then one night, Duhra dreamed of a large white building like a mosque, but it had a cross on top instead of a minaret. Although she had never seen the building before, she recognized the cross from the tattoos she had seen on her Coptic Christian classmates.

Coptic Christians, who practice a form of Orthodox Christianity, compose only about 10 percent of Egypt’s population. But they are proud of their Christian heritage, and many boldly display cross tattoos on their wrists or hands.

The dream had brought Duhra such comfort that she began drawing a cross on her own wrist, despite her family’s Muslim background. When her grandmother saw it, she was alarmed. “This is very wrong,” she said. “The Christians … can hurt you and do so many bad things.” Her grandmother was so concerned that she took her to a mosque for “treatment.” The imams’ treatment, however, turned into sexual assault.

When Duhra was in fifth grade, she took a wrong turn one day and unexpectedly found herself in front of the exact church building from her dream. From then on, she often sneaked out at night to visit a church near her house.

After her grandmother died, when Duhra was 13, her mother returned to Egypt to care for her “problem child.” She already resented Duhra, and when she learned that her daughter had been visiting a church, the mistreatment intensified. “Many times she sent me to sleep in the dirt by the bus station in front of our house,” Duhra said, “but I still went to church.”

Despite the abuse, Duhra was so drawn to Christ that she continued to visit churches in secret, waiting until her mother was gone before leaving the house. When she was 15, her family moved, and Duhra shared her story with a new Christian neighbor. The neighbor then introduced her to a Coptic priest, who gave her a Bible and began teaching her about the Christian faith.

As she studied the Bible and questioned the priest, Duhra’s past experiences began to make sense, and she soon placed her faith in Jesus. “Jesus is in me and is real,” she said. “Though I never saw Him before, I knew Him before.”

Although Duhra’s new faith had provided inner peace, her problems at home continued. Her mother beat her so often that she eventually hired off-duty police officers to beat Duhra on her behalf. And her mother also took her to the National Security Office several times for even more beatings. Her skin remained bruised and scratched, and at one point her legs were broken. More than fifteen years later, Duhra still has chronic pain and damage to her legs, which did not heal properly because she never received medical treatment.

When Duhra was 21, her mother proposed what she believed was a solution to her problem. “My mother made a deal with a guy who was going to marry me,” Duhra said. “She asked him to restore me to be a committed Muslim once again.”

After the arranged marriage, her husband’s first act was to burn off a cross tattoo that Duhra had secretly put on her shoulder. Thinking he could cripple her faith by removing the cross, he poured acid over Duhra’s shoulders and back, causing searing pain.

Her days of secretly visiting the church were also over. She was kept as a prisoner and never allowed to leave her home.

When Duhra and her husband had a baby boy, however, she defiantly gave him a Christian name. In response, her husband beat her, divorced her and threw her out on the street while keeping their son. “They were afraid I would raise him in the Christian faith,” she said.

Through Duhra’s ongoing struggles, her church has been a source of great comfort. “I never sensed the meaning of having a family,” she explained. “I only felt it in the church; the place where I have joy is only in the church.”

Duhra is no longer subjected to daily beatings, but she lives with the continual pain of missing her son, whom she hasn’t seen for more than 11 years. “They took my son,” she said, “and I refused to abandon my beliefs.” When she filed a legal complaint, the court ruled that because she is a Christian, she has no parental rights to her son.

As a Christian convert from Islam in Egypt, she has no legal protection and is considered of little value. When employers learn of her Christian faith, she is either dismissed or abused. One employer withheld her wages for three years and now refuses to pay her, knowing that as a Christian, Duhra has no recourse. “It’s a special kind of harassment,” a VOM worker in Egypt said, “because a Christian girl is like property to them.”

Her church family has stood with her for the past decade, providing housing as well as emotional support. In 2018, when her medical problems became more than she and her local Christian community could handle, VOM stepped in to help. Duhra was grateful to learn that her spiritual family extends around the world.

While her day-to-day life continues to be difficult, Duhra remains faithful to the God who has called her from childhood. Her prayer is that her family will come to know the Lord as she does and that she will continue to live according to God’s will. Duhra’s husband brutally removed the cross tattoo from her shoulder, but she knows no one can remove the living Jesus Christ from her heart. “God is really with me,” she said. “I think all the suffering and struggles … strengthened me and gave me an indication that I am on the right path.”