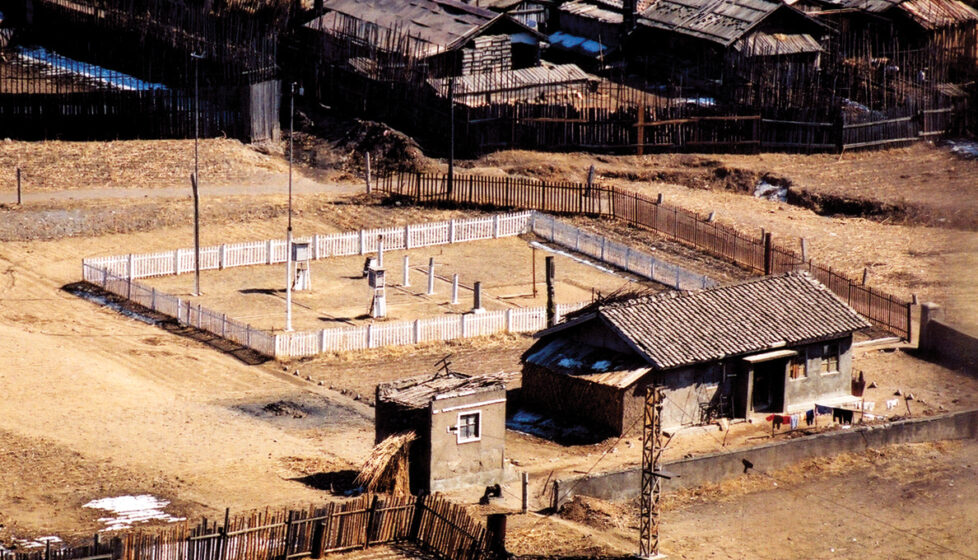 As Kyung-ja drifted in and out of consciousness, her head bloodied by repeated blows from a club, she heard her guard shouting words she had never heard in her 56 years of life: “Bible,” “God,” “Jesus.”

Kyung-ja understood why the female guard had interrogated her about her latest trip to China and about her daughter’s defection to South Korea, but she couldn’t grasp why she kept asking odd questions about something called Christianity.

“I first learned about Christianity from my torturer,” Kyung-ja said.

The guard’s confusing and persistent questioning piqued Kyung-ja’s curiosity. At the time of her arrest, she had no belief system or concept of God, but now she had to know what made this Christianity so dangerous.

Kyung-ja had been detained twice before for illegally crossing into China. This time, however, was worse. Instead of serving only a few months of “re-education” at a labor camp, she endured repeated torture, most likely because of her daughter’s defection.

After brutally beating Kyung-ja for two months, the guard realized she did not have any ties to Christians within North Korea. She then sent Kyung-ja, now a fragile 63 pounds, to a labor camp, and Kyung-ja took her questions about Christianity with her.

“Hey, what is God?” she asked a fellow prisoner she met. “What is the Bible?”

“There is such a thing,” the prisoner quietly replied. “There is a book, but do not ask. Shhh!”

The prisoner’s fear confirmed Kyung-ja’s suspicion that Christianity was a forbidden religion followed only by criminals.

What Was Meant for Evil

Kyung-ja spent the next six months in the labor camp (called kyohwaso), enduring back-breaking labor and inhumane conditions. She saw inmates die every day from the horrid conditions or injuries sustained in merciless beatings.

Kyung-ja longed for freedom. Her husband had died during one of her previous detainments, and she didn’t want to miss out on life with her daughter who had defected to South Korea.

She also wanted to get out so she could learn more about Christianity.

After six months of forced labor, Kyung-ja was released. She thinks authorities released her because she told them the truth about her trip to China: She had left because she had to find a way to feed her family. At that time, many people crossed the border to China to feed their families, and upon return to North Korea they usually were “re-educated” with a few months of hard labor rather than punished more severely.

Kyung-ja’s daughter in South Korea eventually raised enough money to help her mother defect and arranged to have a pastor help her. Then, during a phone call with her daughter, Kyung-ja finally received some answers to her questions about Christianity — she learned that the church is real and so is the God it worships. Kyung-ja soon placed her faith in Jesus and found true freedom in the God she had first heard about while being beaten by a prison guard.

Now living in South Korea, Kyung-ja never misses a worship service, and she eagerly shares her testimony with others. While still coping with the effects of her traumatic imprisonment, including anxiety, depression, nightmares and irregular heartbeats, she still finds peace in Christ.

She is currently involved in a VOM-sponsored program that disciples North Korean Christians and equips them to reach out to North Korean defectors with the gospel.

Reflecting on how seeds of the gospel were planted in her heart by her torturer, Kyung-ja is grateful to God. Her love for Christ grows stronger every day, and she is now willing to “follow Him unto death.”