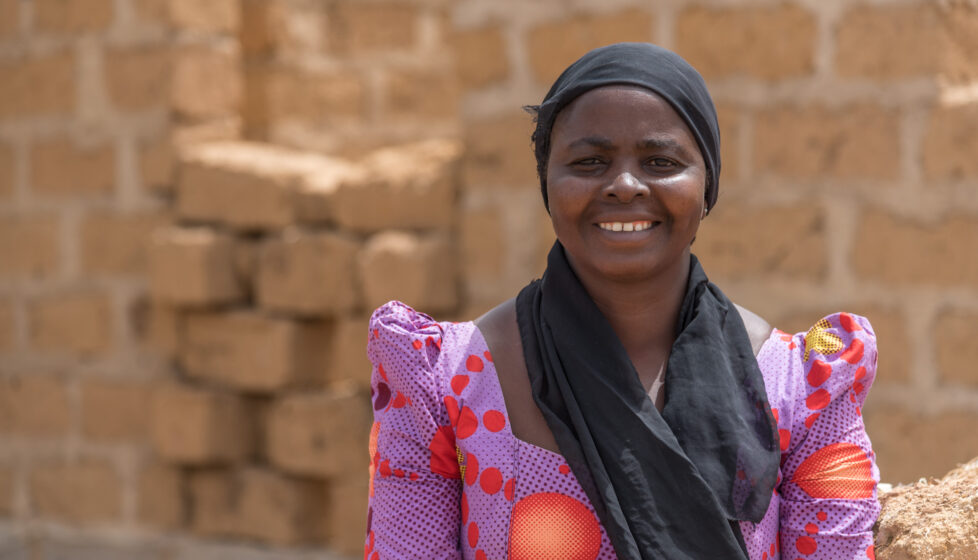 Like many Christians in northern Nigeria, Alice has suffered multiple attacks from Muslim extremists, but she is not disheartened because she knows that Christ told us His followers would suffer.

Though it has been nine years since her husband was murdered by militant Islamic Fulani herdsmen, every time Alice Bulus hears about a new attack, she re-lives the pain of the day he died. “When I hear the sound of a gun, I panic,” Alice said.

Alice and her family were asleep when men with covered faces stormed into their home around midnight on Jan. 13, 2011, in Nigeria’s Plateau state. After calling her husband by name, the men shot him as he opened the bedroom door. Alice, who recognized one of the attackers as a neighbor, tried to stop the bleeding as her husband lay crumpled on the floor and their five terrified children cried in the corner. When the Nigerian military arrived in their village about an hour later, they took Alice’s husband to the hospital. But it was too late; he died on the way to surgery.

In Nigeria, they call it a crisis. Attacks by Boko Haram terrorists and nomadic Fulani militants are so common that everyone understands “crisis” to mean a village raid or a terrorist bombing. More than 35,000 Nigerians have been killed in the fighting between rebels and government soldiers since 2011. While many of those killed were militants or soldiers, a good number were Christians who were targeted in raids on Christian villages or churches. And like Alice, many of the victims knew their attackers.

The conflicts have widowed an estimated 10,000 Christian women in northern Nigeria, and these women are often completely disregarded after losing their husband. In Nigerian culture, married women become the responsibility of their husband and his family, receiving little to no support from their own family.

This was Alice’s experience as well. She found it difficult to provide for her children as a single parent, but she persisted, staying in the home she had shared with her husband and continuing to farm their plot of land. Then, a year and a half later, Fulani militants struck again.

The Nigerian government dispatched police to help control the violence, but after a policeman was killed, they retaliated by burning neighboring Fulani homes. Then, the enraged Fulani militants burned Alice’s entire village. As she and her children fled on foot, they managed to evade attackers who were blocking the road intending to kill those trying to escape.

Alice and other survivors took shelter in one room of a home in a nearby village, but living conditions were tight. Alice looked for another place to stay, and the only place she could find for her family was the hallway of an elderly woman’s home. They lived there until another Christian family offered them a small studio apartment behind their house.

Alice was overwhelmed by the burden of raising her children on her own. Oblivious to everything around her, she said she spent a lot of time crying, sleeping and waking at odd hours. Then, one day in 2013, she re-assessed her life. “I am not dead yet,” she thought. So she prayed and asked God to give her wisdom.

She began working odd jobs to support her family, making sure to save a 10 percent tithe before buying food, clothes for the children and fertilizer for the farm. She used the proceeds from her farming to fund her children’s education, until 2015 when Fulani militants destroyed all her crops.

Alice replanted her fields and continued to scrape by for two years, until finally meeting some VOM workers who provided monthly living expenses and helped her relocate and rent a simple home. “If not for you,” she told a VOM worker, “either I would have died or I would have abandoned the faith and become an unbeliever.”

After so much suffering, Alice was ready for a fresh start. But before she could settle into her new home, she faced yet another crisis.

On the night of Friday, June 22, 2018, Fulani militants attacked villages, including Alice’s, in the Barkin Ladi area of Plateau state. As they burned Christians’ houses and killed villagers, an 86-year-old imam in Nghar village sheltered about 200 Christians in the mosque, saving their lives. Still, at least 86 people died and many more suffered serious injuries. Alice and her family, along with several other VOM-supported widows, were among the 7,500 people displaced by the violence.

VOM workers again helped Alice’s family relocate to another area. Although she has experienced one trial after another, Alice sees how God has carried her through each catastrophe. “The Word encourages me all the time because it says the Lord gives and the Lord takes,” she said. “We are just here for a time. Right now, I am no more afraid; I am not afraid because of my God. Anything I ask for, He gives abundantly.”

And even after all she has experienced at the hands of Fulani militants, she doesn’t resent them or want revenge. “Until today, even with the recent crisis that happened, I have never felt anger toward them,” Alice said, “because the Bible already said that this would happen and said we should watch and pray.”

When she saw the neighbor she had recognized as her husband’s killer, Alice summoned the courage to approach him and greet him kindly. She tries to do the same with any Fulani person she meets. This willful act of love has helped her find peace.

While receiving support from VOM, Alice saved a portion of the funds she received; she wants to wisely use and multiply the gifts she receives. She managed to buy a small piece of property and, after more saving, is slowly building a home. When it is finished, she and her five children will again have a home of their own.

“One of my prayers is that I do not live a useless life, because I have suffered a lot,” she said. “But even in my suffering, let me not take advantage of what I am given.”

Alice is gradually regaining her stability, but life is not easy. The responsibility of raising her children, especially her sons, without a father is still overwhelming at times. And each time another crisis erupts, as they frequently do, her fear and sadness return. But she has learned to turn to the Lord in those moments, trusting that her life is in His hands. And she is committed to following God no matter how much more she suffers. “Following Christ hurts — a lot!” she said. “You have to be ready.”

Get more stories like Nigerian Widow, Mother Repeatedly Attacked by Extremists with a subscription to VOM's Award Winning Magazine