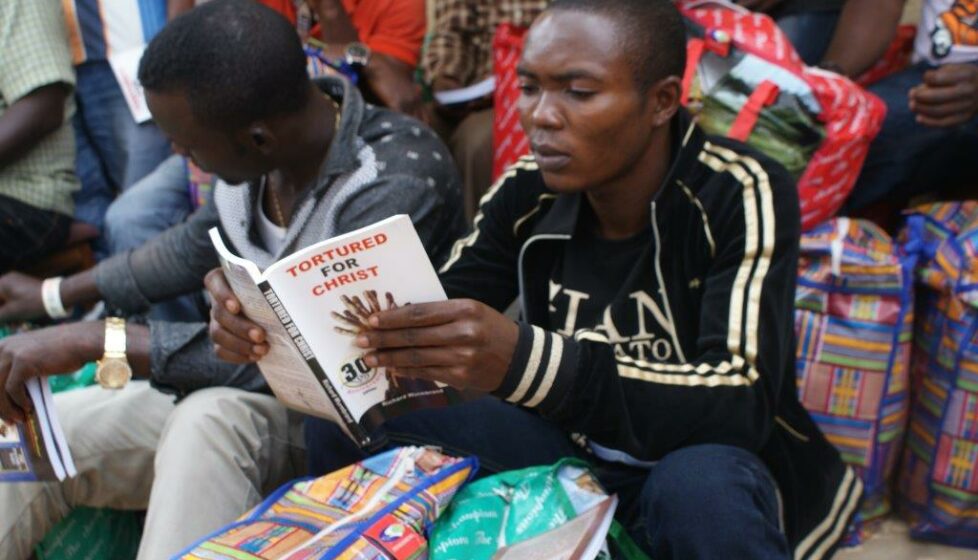 Many of the attack victims being cared for at a Christian-run rehabilitation hospital in Gboko, Benue state, Nigeria, cannot hide their wounds. Casts and crutches clearly identify which limbs have been hacked at — or cut off — by a Muslim extremist’s machete.

But the wounds that 25-year-old Solomon Samaila received in a December 2013 attack on his village in Taraba state, Nigeria, are less apparent. He has to show you.

After quietly and patiently sharing his story of the attack, he takes off his T-shirt and turns toward the wall. The scars and blistering on his back show that he has suffered severe burns.

The burns are the price Solomon paid for refusing to deny Jesus as Lord. It’s a price he humbly accepts.

The attack on Solomon’s village wasn’t carried out by Boko Haram insurgents from the north or by Muslim Fulani herdsmen, who also attack Christian villages. It was carried out by Solomon’s own Muslim neighbors, some of whom he recognized.

Solomon’s story is tragically familiar. He heard gunfire and attempted to flee the village with his father, but they soon found themselves surrounded by an angry mob.

He and his father were then given the standard ultimatum. “They said, ‘You are Christian. Where are you going? This is the end of the road. You have only one choice left: follow Islam,’” Solomon recalled.

A man from the crowd then attacked Solomon’s father, slashing his chest, neck and both arms with a machete, killing him.

Members of the mob then doused Solomon with gasoline before giving him one more opportunity to deny Christ and accept Islam.

Solomon was knocked to the ground by a machete blow to the back of his head. An attacker then rode a motorcycle onto his back and laid it down on top of him. The still-running engine ignited his gasoline-soaked shirt, while the weight of the motorcycle kept him pinned face down on the ground.

Solomon does not know how long he was unconscious, but he said he regained consciousness as the fire scorched his back.

“I pushed the motorbike from behind me, and I rolled into a gutter and lay there,” he said.

About 30 minutes later, he heard the voices of police officers.

“I lifted my hand from the gutter where I was lying and waved at the officers,” he said. “After they poured water on me to put out the fire, they moved me into their vehicle and took me to the hospital.”

A Stronger Relationship with God

Even though Solomon lost his father and suffered horrible physical wounds, he said there is no way he could ever think of denying Jesus.

“The position of Christ in my life is so important to me, that to whatever extent I will defend my faith,” he said.

In many ways, he sees the attack on his faith as a gift because it has brought him closer to God. He now sees God working in his life even more.

Through God’s grace, Solomon has no anger toward those who tried to kill him and also murdered his father.

“If I have the opportunity of meeting them now, I would say the same thing Jesus said on the cross — ‘Lord, forgive them,’” he said. “I have forgiven them.”

A carpenter by trade, Solomon is finding it difficult to use tools and perform his work; the burns on his back have caused some loss of mobility in his arms.

“I desire prayer that other Christians pray earnestly to God so I regain my strength to be able to work with my hands and fend for myself and my family,” he said.

Solomon is overwhelmed by the knowledge that his brothers and sisters in Christ around the world are supporting him and his medical care through VOM.

“I don’t know how I can give that love of Christ that has been extended to me,” he said. “That is what I feel. I am actually short of words. I don’t know how to express it.”

Get more stories like Nigerian Christian Attacked, Burned by Muslim Neighbors with a subscription to VOM's Award Winning Magazine