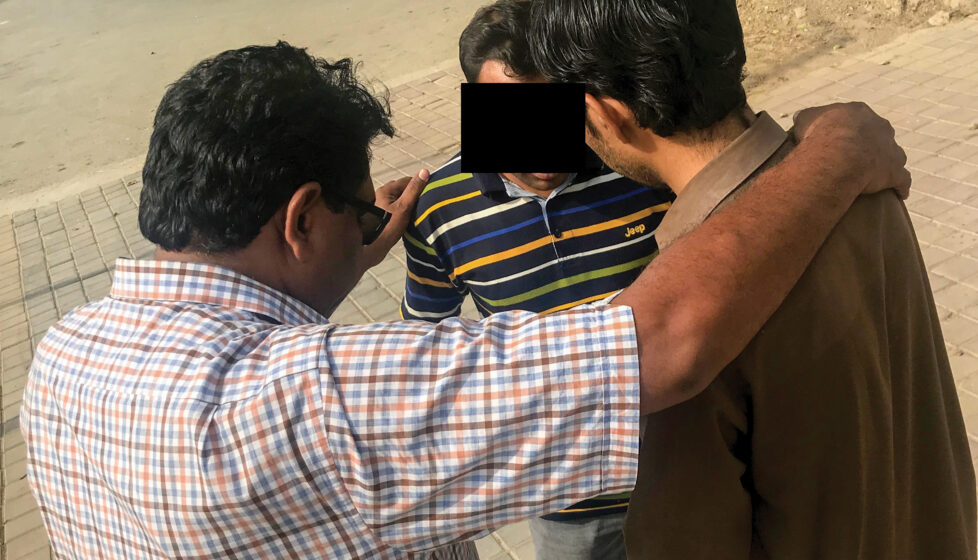 Growing up in Pakistan, Abdul lived under strict Islamic law within an oppressive shame culture. His uncle, the head of his extended family, was an Islamic leader in the community, and the Quran was the source of ultimate authority over his life.

As Abdul grew older, however, he began to worry about where he would spend eternity. He often thought of heaven and discussed the afterlife with his uncle, but his uncle simply assured him that he would get there.

“You know you are doing a good job,” he told Abdul. “You will go to heaven.”

Instead of providing comfort, his uncle’s words offended him. He knew he had not lived a good life, even by his own standards. And surely heaven’s standards were higher than his own, he thought. The Islamic view of heaven suddenly felt cheap to Abdul.

After further conversations about Islam with family members, Abdul’s disgust with his life grew so intense that he wanted to commit suicide. Distraught, he shared his feelings and dark intentions with a friend. To Abdul’s surprise, his Muslim friend challenged him to take a Bible correspondence course that he had been taking.

Abdul signed up for the course and soon received the first lessons. Everything made sense to him until he came to Romans 8:1 — “There is therefore now no condemnation for those who are in Christ Jesus.”

That declaration shook Abdul’s understanding of God, judgment and heaven. The concept of grace it presented was so foreign to him that he initially thought it was an error.

But the more he studied the Scriptures, the better he understood the uniquely Christian teachings about God’s mercy and grace. Finally, in 2005, he reached a conclusion: It was worth it to leave Islam for Jesus. Abdul placed his faith in Christ and was baptized, unaware of the persecution his decision would bring.

Rejected by His Family

Three months after becoming a Christian, Abdul decided to share the gospel in his village. He spent two weeks in prayer and preparation before beginning to tell both friends and strangers about Jesus. Then, one day he arrived home and saw a group of people gathered outside his house. Inside, his parents, siblings and other relatives sat waiting for him.

While he had been out sharing the gospel, some villagers had reported his evangelistic work to his family. Abdul immediately sensed the tension as he stood in front of his family, and then his uncle, who also lived with his family, pointed a gun at him.

“He must be kicked out of the house!” his uncle said tearfully. “Otherwise, I will kill him!” Abdul’s uncle lunged toward him, the butt of the gun striking Abdul’s shoulder as his brothers tried to pull him away.

“If you again become a Muslim, we will forgive you,” Abdul’s father promised.

But Abdul, overwhelmed with emotion, held to his Christian faith. “I am asking you to become a Christian so you can have salvation,” he responded.

Realizing that Abdul was not going to return to Islam, his family kicked him out of the house. Abdul had nowhere to stay, so after nightfall when most people were in bed, he returned to his parents’ house and climbed up on the roof to sleep. At sunrise the next day, around 5 a.m., he climbed down and left the house. He followed the same pattern the next day … and every day for the next six years.

“It was easy in the summertime, but very hard during the wintertime,” he said. “I always kept a matchbook in my pocket to make a fire to make myself warm.”

Whenever he found himself suffering from the weather or loneliness, he said a simple prayer: “Thank you, God. This is all about You and for You.”

Throughout the six years that Abdul slept on his parents’ roof, he continually shared the gospel with everyone he could. As the only Christian in an area that includes dozens of villages, the harvest was plentiful. When he wasn’t selling newspapers to earn money, he was talking with people in neighboring villages and visiting workers out in the field. And every morning, he walked two miles with a man who made the daily trip to get milk for his family; they discussed the Scriptures every step of the way.

Abdul has led 10 men to Christ so far, and another 30 have shown interest in learning more. Not everyone is open to his message, though; Abdul receives frequent death threats from Islamic leaders because of his evangelism. But despite the threats, he continues to serve as the sole evangelist in his community, and VOM supports Abdul as a front-line worker.

Six years after Abdul began sleeping on the roof of his parents’ house, his mother began to hear updates on him from other villagers. At one point, after learning that he was sick, she urged her husband to forgive Abdul. Abdul’s father relented, allowing him to move into a separate room that he added to the house.

As soon as Abdul moved in, however, his 80-year-old uncle cursed him for leaving Islam. One night, his uncle snuck into his room while he was out of town and burned his Bibles. Then, when Abdul’s father died, in 2012, his uncle refused to let him attend the funeral.

“You are a Christian and you don’t believe on Allah, so go out from here,” his uncle said.

Abdul has not given up on his uncle despite the ongoing harassment. While the verbal abuse continues today, Abdul’s standard response is a kind smile.

“I am praying for my uncle that he can receive salvation before he dies,” Abdul said.

Abdul is planning to marry a Christian girl he met in another part of Pakistan, but his family will not be there to support him. He hopes his wife will partner with him in ministry, reaching out to women, whom he is unable to speak with in their strict Islamic culture.

Although he continues to receive death threats, he accepts the tension in his life as a part of his faith. If the threats become reality, he is OK with that, too. He now knows for sure where he is going when he dies.

“I know that I have to die,” he said, “but before I die I want to share the good news that people don’t have to go to hell. They can go to heaven.”