For many years, the people of Yemen have suffered from civil wars and violence from Islamic extremists, including al-Qaida. Although the situation has further deteriorated since the start of the most recent civil war, the gospel has flourished and many Yemeni Muslims have come to know Christ. Yemeni Christians have become bolder in their outreach efforts, though it is still extremely dangerous to even be identified as a Christian. They must reach out in creative ways that are both bold and wise. Small but steady numbers of Yemenis are continually being added to the body of Christ, and more are gaining interest as the influence of Christian media grows. Most regions of the country include at least one follower of Christ.

Nearly all Yemenis are Muslim, about one-third Shiite and two-thirds Sunnis, both of which are represented by warring factions that divide the country. Christians in Yemen account for only a small fraction of 1 percent of the population. 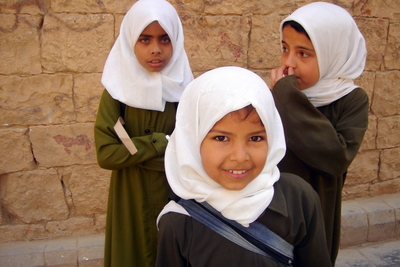 Converting to Christianity from Islam is a crime punishable by death, and families consider it extremely shameful for a family member to become a Christian. Christian converts face harassment, the possibility of losing jobs and family relationships, and potentially death. Christians worship secretly in homes or in small groups outdoors.

Bibles can be found in Yemen, but they are difficult to obtain and dangerous for converts to own. For these reasons, many Yemeni believers access the Bible online. Give Bibles

VOM helps Christians who are persecuted for their faith and supports Yemeni believers who reach out in their community. We also support various forms of media that make Godâs Word more accessible inside Yemen and help Yemeni believers who had to flee and now live in nearby countries. Give to VOMâs Global Ministry