Though Uzbekistan has long been a highly restricted country, its government has made incremental reforms in religious freedom in recent years. This improvement, with unity among believers across several Christian denominations and a focus on training and equipping Christian leaders, is a positive development for the small number of Uzbek churches and Christians. Though restrictions on churches and Christian organizations have eased, evangelism and conversion are opposed, and it is still illegal to distribute evangelistic literature in public.

83 percent of Uzbeks are Sunni Muslims. 2 percent are Christians, including a small fraction of 1 percent who are evangelicals. Many are irreligious as a result of suffering under decades of atheistic Communist rule prior to the fall of the Soviet Union. 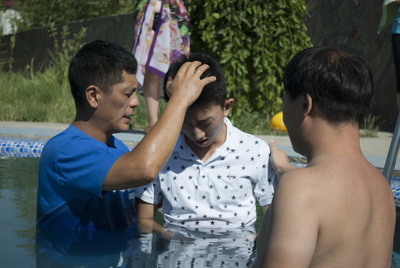 Converts from Islam are persecuted by their families, communities and sometimes by the government. Evangelical Christians are considered religious extremists and have been fined and detained for holding worship services, which the government sometimes considers to be illegal religious activity. Orthodox churches meet openly and legally, but most evangelical Christians meet in unregistered groups. Uzbekistanâs government once routinely imprisoned Christians, but fines and short detentions have since become more common.

Bibles are difficult to obtain and, for some Christians, risky to own. Give Bibles

VOM distributes Christian literature and equips pastors and evangelists with ministry tools that expand their outreach and other ministry work. Give to VOMâs Global Ministry