Uganda is a majority-Christian nation with many active churches. However, Ugandaâs history has made it particularly vulnerable to the influence of Islam. During the 1970s, Uganda was ruled by the dictator Idi Amin, who was inspired by Libyan dictator Muammar Gaddafi to join the Organization of Islamic Cooperation and to begin Islamization of the country. Many of Aminâs policies continue to influence society and government today. Ugandaâs parliament has passed Islamic banking laws, which provide zero-interest loans to Islamic projects. Arab countries also continue to invest significant resources into furthering Muslim interests in the country. Radical Islamâs influence has grown steadily, and many Christians within the majority-Muslim border regions are facing severe persecution, especially those who convert from Islam. Despite the risks, evangelical churches in Uganda have responded by reaching out to their neighbors; many churches are training leaders how to share the gospel with Muslims and care for those who are persecuted after they become Christians.

84 percent of Ugandans are Christians, including 34 percent evangelicals.

Local Islamists persecute Christians, especially along the eastern, southwestern and northern borders, where radicals have been steadily encroaching. 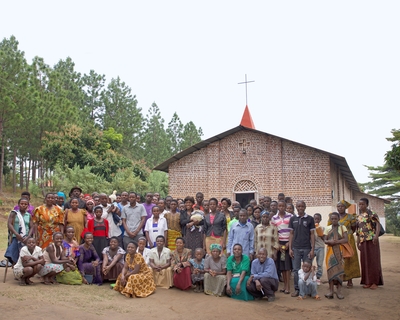 Christian converts from Islam face pressure from family members and harassment in Muslim communities. Several young people who converted to Christianity have been severely beaten and injured by parents or community members. Pastors and churches have been attacked, and some converts have been killed after their faith became known. The children of families who leave Islam are no longer welcome at school. In some areas, local laws are passed to limit the spread of Christianity or seize church land.

Bibles are available in urban areas, but most people in rural areas do not have access to them or cannot afford them. In addition, many tribal dialects are spoken in rural areas of Uganda, and literacy rates are low among older members of the population. Give Bibles

VOM supports the distribution of print and audio Bibles in areas with a heavy Muslim influence and helps believers who have been attacked, threatened or ostracized because of their Christian faith. VOM is also sponsoring conferences in central Uganda to inform Christians of encroaching Islamization and to empower churches and pastors to continue standing for Christ in the face of radical Islamic activity while caring for Christian converts from Islam. Give to VOMâs Global Ministry