Tunisia has a rich Christian history. It produced the notable church fathers Tertullian and Cyprian and the Christian martyrs Perpetua and Felicity. The third Council of Carthage ratified the New Testament canon in Tunisia in A.D. 397. However, today Christians make up less than 1 percent of the population. Since the Arab Spring uprising, which began in Tunisia, the country has become increasingly democratic, becoming the first government in North Africa to seek to protect religious freedom. But even with a rich Christian history and increased religious freedom, the gospel is opposed by many Muslims and has been slow to take root in modern Tunisia.

Most Tunisians are Sunni Muslims.

Christian converts from Islam experience persecution from their communities, family members and co-workers. 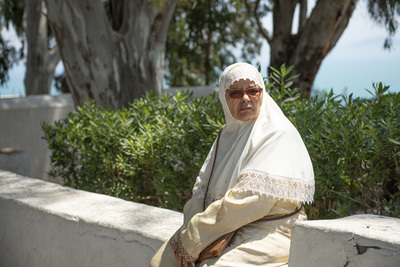 The government is still learning how to properly protect religious freedom in a culture dominated by Islam. Although it is illegal for families to persecute family members who leave Islam, it still happens. If parents report a child who has become a Christian, police may arrest the child out of habit even though changing religions is no longer illegal. Churches function openly, and Christian converts from Islam are free to worship in them. However, open evangelism or proselytizing remains illegal. In remote areas, severe persecution continues. Muslim families feel ashamed by family members who leave Islam.

Bibles have been available in the past, but the last Christian bookstore in the country has closed. It is possible to distribute small numbers of Bibles and ship Bibles with official permission. Give Bibles

VOM supports training and resources for front-line workers. Give to VOMâs Global Ministry