Though the Tanzanian government generally seeks to protect Christians from persecution, they still face significant opposition in Muslim-majority areas along the coast and in western regions. Tanzania is also home to many unreached tribal groups who are resistant to the gospel. Like many countries in Africa, Tanzania is being targeted by Muslim groups outside the country that work to Islamize Tanzania by establishing Muslim businesses and schools, helping Muslims get elected to office and passing laws that favor Islam. Even so, local churches in Tanzania boldly work to spread the gospel.

51 percent of Tanzanians are Christians, including 10 percent evangelicals. However, 99 percent of those living in the Zanzibar archipelago, along Tanzaniaâs coast, are Muslims.

Christians are persecuted by community members and organized Islamist groups in Muslim-majority areas. 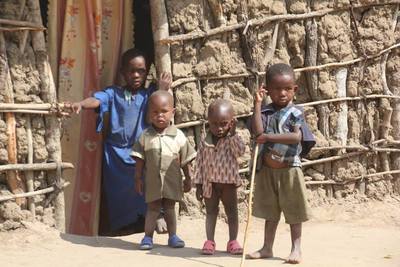 Christians can freely practice their faith, but they are oppressed and harassed in predominantly Muslim areas. Persecution ranges from family pressure to the burning of churches and homes. On the island of Zanzibar, the local government works to quietly close churches, prevent the establishment of new ones and force pastors to leave. Persecution is more overt on the island of Pemba, where Christians are violently attacked. In the predominantly Muslim areas, Christians, especially converts from Islam, are often ostracized by their communities and prevented from obtaining jobs.

Bibles are readily available in most areas, but they can be difficult for believers to obtain in remote, predominantly Muslim areas. Give Bibles

VOM provides Bibles and supports Christians who are attacked or rejected because of their faith. Give to VOMâs Global Ministry