For nearly 50 years, Sudan has conducted a brutal campaign to Islamize the nation, destroying churches and imprisoning Christians while seeking to implement strict adherence to Islamic law. Until recently, the Islamization campaign also included the bombing of villages, crops, hospitals and churches. The Sudanese government seeks to exterminate both Christians and ethnically African people in the contested Nuba Mountain, Blue Nile and Darfur regions on its border with South Sudan. The Islamist dictator and convicted war criminal Omar al-Bashir, who led Sudanâs assault on Christians, was removed from power in 2019 by a military council controlled by the countryâs Islamist establishment. It is too soon to tell if Sudanese Christians will be treated better by the new leadership.

90 percent of the Sudanese people are Sunni Muslims. 5 percent are Christians, including approximately one-half of 1 percent evangelicals.

The Sudanese government has intimidated, arrested, imprisoned and tortured Christians. 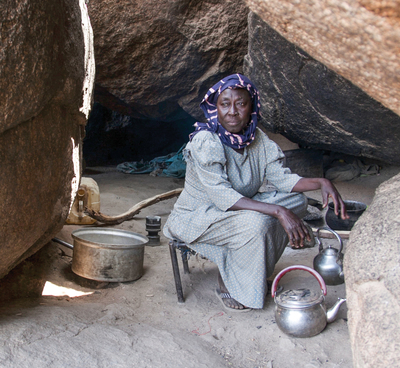 Sudanese Christians can attend church openly, but Christian leaders are detained and sometimes imprisoned if their activities are viewed as threatening the regimeâs Islam agenda.

As a result of the regimeâs long-standing campaign to Islamize the country, Bibles and Christian literature have become scarce. However, there are concerted efforts to inundate the country with Bibles during this time of political upheaval. Give Bibles

VOM supports Bible-smuggling efforts and covert evangelism in the north, while providing crisis response (such as clean water and medical aid) to Christians maintaining a witness for Christ in the conflict areas, especially the Nuba Mountain region of South Kordofan state. Give to VOMâs Global Ministry