Islam originated in Saudi Arabia approximately 1,400 years ago, and the religionâs founder, Muhammad, declared that no other religion should exist on the Arabian Peninsula. Saudi Arabia is also home to the Islamic city of Mecca, where pilgrims journey to complete their Hajj, one of the religionâs five pillars. Because of its prominence in Islam, Saudi Arabia has long been foundational to both the Islamic faith and Islamic extremism. However, in recent years, the government led by Crown Prince Muhammad bin Salman Al Saud has begun a process of modernizing the nation, creating a new openness to America and Western European tourists and businesses. The governmentâs reforms have included limits on the activity of its oppressive âreligious policeâ and relaxed laws that have long restricted womenâs freedom to work and travel. Many Saudis have come to know Christ through digital media, travel abroad and exposure to faithful Christians inside and outside the country. Some Saudis are disillusioned by Islam and are more open to the gospel now than ever before. While many are working to reach locals with the gospel, many more workers are needed.

Nearly all Saudi nationals are Sunni Muslims, with a small population of Shiites. Because of the many foreign workers in the country, 4 percent of the population is Christian, including one-half of 1 percent evangelicals.

Families, communities and the government severely persecute Christian converts from Islam and work to restrict evangelism and Bible distribution. 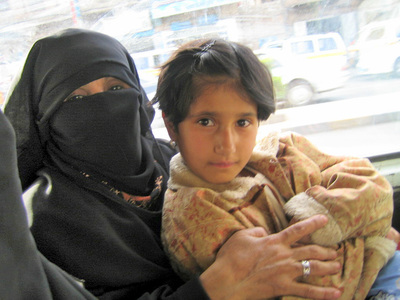 What It Means To Follow Christ In Saudi Arabia:

Saudi Arabia is one of the worldâs most restricted and difficult environments for Christians, especially those who convert from Islam. One church has been allowed for foreign Christian workers, but no other churches are permitted. Conversions from Islam are considered apostasy by law and are punishable by death. But Saudis who convert are more likely to be killed by family members than to be imprisoned or otherwise punished by the government.

It is illegal for Saudis to possess a Bible. However, some Saudi seekers and converts are willing to take the risk of owning one, and many Saudis are accessing Scripture through the internet and other digital media. Give Bibles