Qatar had built a reputation for economic development and participation in the world economy, but most Arab countries severed diplomatic relations with the country in 2017, accusing it of supporting terrorist groups. The few Qatari believers living inside the country must use extreme caution when gathering for worship, while Christians who are not citizens must worship in a government-controlled compound that is closed to Qatari citizens. About 65 percent of the countryâs population is composed of foreign workers â mostly Filipinos, Indians and Lebanese â including many who are Christians. Foreign Christians in Qatar have been deported for evangelistic activities among native Qataris.

Nearly all Qatari nationals are Muslim, and most are Sunni Muslim. Foreign Christians working inside Qatar make up 6 percent of the countryâs population, including 1 percent who are evangelicals.

The government and the community persecute those who evangelize and those who leave Islam. 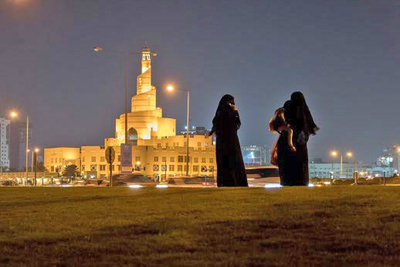 Converting to Christianity means losing everything, and the small number of Qatari believers must gather covertly for teaching or worship. Although sharing the gospel with Muslims is strictly forbidden, some Christians still take great risks to evangelize Qatari citizens.

Qataris can easily access the Bible through the internet, and some travel to Bahrain to purchase Bibles. It is not illegal to own a Bible, but Qataris take significant risks to own or distribute one. Give Bibles

VOM provides support to Christian converts from Islam. Give to VOMâs Global Ministry