In the Muslim-majority southern island region of Mindanao, where VOM works, Muslim groups and the government have engaged in a longstanding conflict over the Muslimsâ desire to form an independent Muslim state. Recently the Muslim groups, such as Abu Sayyaf and Maute, have pledged allegiance to the self-proclaimed Islamic State (ISIS) to gain financial help and foreign fighters. Muslim extremists routinely threaten Christians, often driving them out of Muslim majority areas, and many pastors and believers have been killed. However, a significant number of believers remain in these areas and share their faith.

The Philippines is predominantly Roman Catholic. Many Muslims, Christians and animists live on Mindanao and surrounding islands, with Protestant churches scattered throughout the region.

In the Mindanao region, Christians are targeted by both Sunni Muslim and communist rebels. 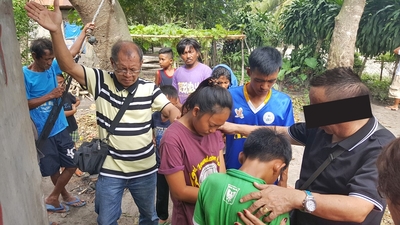 What It Means To Follow Christ In Philippines (Mindanao):

In the Mindanao region, attacks on Christians are sporadic and unpredictable, creating an environment of constant tension for Christians. When conflicts break out, government forces respond. In some areas, the government has ceded control to Islamists, and Christiansâ rights are not protected in those areas. Churches are legal, and many Bible schools throughout the Mindanao region produce graduates who return to share the gospel in their local community.

Bibles are available in cities, but they are expensive. Give Bibles

VOM responds to attacks on Christians and provides tools and training for front-line workers. Give to VOMâs Global Ministry