Christian faith in Burma traces its roots to the missionary efforts of Adoniram Judson, who arrived in 1813 with his wife, Ann. The revised Judson Bible translation into Burmese is still the standard used by churches. Most Christians are from the Chin and Karen tribal groups, while relatively few of Myanmarâs Burman ethnic majority have come to faith. Myanmar has many Bible schools even though most are illegal, and indigenous church planters and missionaries boldly proclaim the gospel. Churches are growing despite widespread persecution by the government and the Buddhist majority. The Burman ethnic majority dominates and oppresses the other tribal groups. While political change has been frequently discussed, only superficial change has occurred and the military still effectively controls the country.

Most Burman tribal members are Buddhist, while the Chin and Karen people groups identify as Christian and are oppressed by the government. Rohingya Muslims are a small but significant group that has suffered devastating human rights violations in recent years at the hands of the military government.

The government, in cooperation with Buddhist monks, is the main persecutor in Myanmar, but local officials and tribal militias also persecute Christians. Families and villagers who practice animism often persecute those who convert to Christianity. 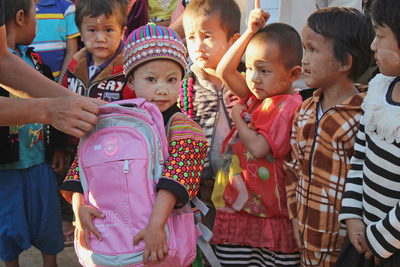 The widespread, long-running civil war directly affects Christians when they are targeted for attack by the warring factions. Villagers with animistic beliefs take vengeance on Christians, claiming they are angering the local spirits. Church gatherings and church buildings are allowed in many parts of the country, but tolerance varies from state to state. Active believers who share their faith face difficulties. Within tribal groups, families oppose conversion and new believers are subject to close government monitoring. Buddhist monks have actively opposed new Christian converts and evangelists. Pastors face arrest and are usually held for a few days at a time.

Bibles can be purchased and owned legally in small numbers, but most people cannot afford them. While bookstores in large cities sell Bibles, they are unavailable in many regions. Most Burmese Bibles are smuggled into the country. Give Bibles

VOM provides materials for the growing church, distributes Bibles and provides training for Christians. Give to VOMâs Global Ministry