Libya remains in chaos following the outbreak of revolution and overthrow of its dictator in 2011. Today, three opposing governments vie for control. The conflicts have severely damaged the countryâs infrastructure and have made gospel work in the country extremely difficult. A dozen missionaries have lost their lives over the last century, and evangelical work in the country is ruthlessly opposed. Christians are a small minority in Libya (less than 3 percent of the population), but their number continues to grow despite persecution and a volatile political environment.

Nearly all Libyans are Sunni Muslims.

Extremist groups, including the Muslim Brotherhood and the self-proclaimed Islamic State (ISIS), operate throughout the country. Friends and family also severely persecute converts. 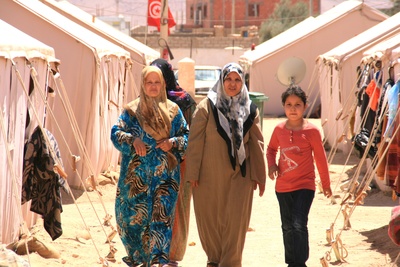 Life is difficult in Libya, and the difficulties are compounded for Christian converts from Islam. There are few believers in Libya, and it is extremely difficult for them to practice their faith openly. Christians are rejected by their Muslim family and friends. They are beaten, fired from jobs and sometimes killed. It is unknown whether any Christians are imprisoned in Libya, but it is considered likely.

Access to Bibles is severely restricted, and they are brought into the country with extreme difficulty and risk. Christians in Libya take great risks just to own a Bible, including digital formats used on smartphones and computers. Give Bibles

VOM supports an online church that allows believers to gather for fellowship and teaching from the safety of their homes. We also support several evangelists and church planters. Give to VOMâs Global Ministry