Kuwaitis have amassed significant wealth from their national oil reserves. As a result, a great deal of labor is outsourced to foreigners in the country. This foreign-labor economy has created opportunities for foreigners who have a heart to reach Kuwaitis with the gospel, despite the risk to their jobs and residency status. There is a sharp divide between Kuwaitâs younger generation, which includes many who reject Islam and are open to new ideas, and Kuwaitâs older, more traditionally Muslim generation.

Nearly all Kuwaitis identify themselves as Sunni Muslims, even though many do not practice their faith. Many Christian foreign workers are present in Kuwait, but churches are allowed only on designated compounds.

Christian converts from Islam are opposed by their families and communities. 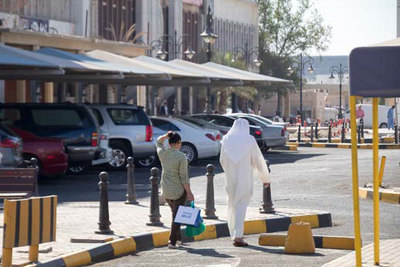 Kuwaiti authorities are opposed to Christian witnessing and conversion. The small handful of indigenous Kuwaiti believers must exercise extreme care in disclosing their faith in Christ. If they are discovered and refuse to return to Islam, they may be disowned, beaten or killed. A small number of converts have been accepted by their families and are even able to attend worship services.

Access to Bibles is severely restricted. Most prefer to access Scripture online because of the risks associated with owning a Bible. Give Bibles

VOM serves those who have been persecuted and supports the training of local believers in evangelism and discipleship. Give to VOMâs Global Ministry