Kenya is predominantly Christian, but several tribal groups in the north remain largely unreached, and much of the coastal region is predominantly Muslim. Additionally, in the region known as Greater Somalia in northeastern Kenya, 90 percent of the population is ethnically Somali and fervently Muslim. In these areas, Christian missionaries from other parts of Kenya and converts from Islam are often attacked and have been killed. There are some churches in these regions, but their activities are severely limited by the local communities. The Kenyan constitution grants every citizen freedom of religion, but local governments in resistant areas are led by Muslim officials who do little to protect the rights of believers.

78 percent of Kenyans are Christians, including 48 percent evangelicals. However, parts of the country have a Muslim majority with significant Islamist activity and influence.

Islamic extremists are most active in the north and east, and their activities extend to Nairobi in the south. In the coastal areas, community members and local governments also persecute Christians. 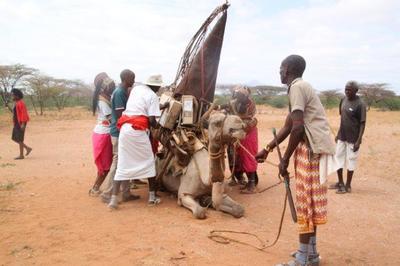 Christians cannot openly discuss their faith in areas with a Somali majority or areas near the northern border without risk of losing their family, livelihood and standing in their community. There is a significant threat of violence against Christian converts in Somali-majority areas. In eastern Kenya, the al-Shabab Islamist terrorist group attacks Christians, bombing churches and killing believers. In Muslim-majority areas along the coast, Christians are rejected by their families and communities.

Bibles are available, but they are hard to find in the Muslim-majority areas and in some dialects. Give Bibles

VOM supports the widows of Christian martyrs, pastors working in hostile areas, and sustainability projects for believers who have been ostracized because of their faith. Our Bible distribution efforts focus on providing Bibles to children and those who speak minority dialects. Give to VOMâs Global Ministry