Formerly under Communist rule as a republic of the Soviet Union, Kazakhstan is one of Central Asiaâs wealthiest nations because of its vast mineral resources. Islam has experienced a resurgence since the fall of the Soviet Union, and many have returned to what they consider their Muslim heritage, which was restricted for decades by atheistic communism. Today, Kazakhstan emulates its European neighbors, undertaking massive construction projects, enjoying a growing economy and adopting the Latin alphabet used by Western nations.

52 percent of Kazakhs are Sunni Muslims. The next-largest group includes those who are atheists or non-religious, a legacy of atheistic Communist rule. 15 percent are Christians, of which less than 1 percent are evangelicals.

Christians are persecuted by their families and communities. Churches and Christians outside the Russian Orthodox faith are restricted and harassed by the government. 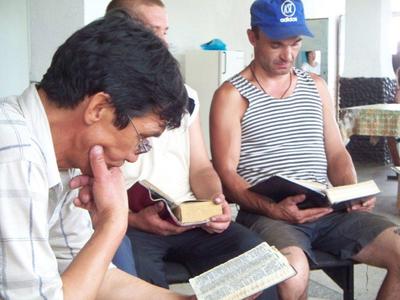 Christian converts are often disowned by their families, publicly shamed and even beaten. All religious activities must be registered with the government, and believers are commonly fined for distributing unauthorized religious texts, discussing faith or holding worship meetings. The government allows more freedom to Russian Orthodox Christians, who make up nearly 15 percent of the population, but they are suspicious of evangelicals who worship in the native Kazakh language. Unregistered churches must meet in private homes. These gatherings are frequently raided and believers fined.

Bibles are available, but distribution is restricted and they are difficult to obtain outside large cities. Give Bibles

VOM provides Bibles and supports front-line workers in the most difficult areas. Give to VOMâs Global Ministry