Jordan has experienced an influx of refugees from neighboring countries since the 1950s, with nearly half the current population composed of refugees. The refugee situation became especially severe in recent years as Syrians began arriving in large numbers during their countryâs civil war, which has been ongoing for more than two decades. Most of the Christian activity among Jordanian Christians has been focused on serving these refugees, and as God works powerfully among Arab Muslim refugees, Jordanian Christians are emboldened as never before to reach out to their Muslim neighbors.

96 percent of Jordanians are Sunni Muslims. 2 percent are Christians. 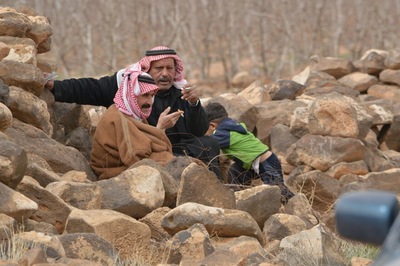 Christians are free to meet openly, but they have difficulty getting government approval to open new churches or church facilities. Gatherings of believers are monitored, and Muslims who convert to Christianity often meet privately in homes to avoid drawing extra attention. Family members often create severe hardships for these believers by taking their homes, children, jobs and inheritances.

Bibles are available through Bible societies and bookstores. Give Bibles

VOM helps respond to persecution attacks and the needs of Christian refugees. We also provide training for Christian leaders. Give to VOMâs Global Ministry