The Islamic Revolution of 1979, led by Ayatollah Khomeini, created the worldâs only Shiite Islamic theocracy and profoundly changed every aspect of life in Iran. Today, many of those who committed their lives to Islam and Islamic rule are filled with despair. This disillusionment has opened new doors for the gospel, which is sweeping across the nation via Christian media and bold evangelists in Iranâs growing house church movements. However, the government continues its attempts to thwart this move of God. Christian leaders and pastors are often arrested, tortured and imprisoned, and their families are harassed. Some, left with no other options, choose to flee the country.

More than 97 percent of Iranians are identified by the government as Muslims, but a significant segment of the population has abandoned Islam, and many have come to faith in Christ.

Christians are persecuted by government authorities, which have a network of informants in each city. Family, friends and community members also persecute Christians, especially when news of a conversion becomes public. 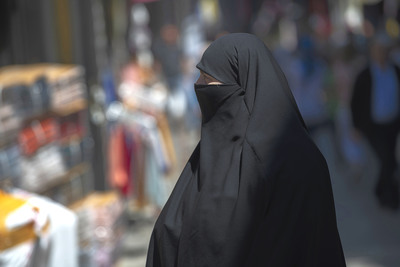 The Iranian government is among the most oppressive regimes in the world. It is illegal to leave Islam, and Christians face the constant threat of imprisonment and being falsely charged with âacting against national securityâ for owning Bibles or even talking about Christ. Christians are routinely fired from their jobs, and it is difficult for a known believer to find a job or rent a home. Many Christians gather in covert fellowships and receive teaching through Christian media smuggled into the country and through broadcast media. Several Christians are currently imprisoned, and many others are under house arrest awaiting sentencing.

It is illegal to own, print, import or distribute Bibles. Since they are so difficult to obtain, Bibles are treasured by Iranian believers. Few have their own copy of Godâs Word. Give Bibles

VOM provides encouragement, support and training for former prisoners as they rebuild their lives. We also provide discipleship and leadership training for current and future Christian leaders. VOM is actively involved in smuggling Godâs Word to believers inside Iran. Give to VOMâs Global Ministry