Indonesia is the most populous Muslim country in the world, composing 13 percent of the worldâs Muslim population. There are five officially recognized faith categories in Indonesia: Islam, Hinduism, Catholic Christianity, Protestant Christianity and Buddhism. Confucianism/Daoism is also recognized. While most Indonesian Muslims practice an animistic version known as âfolkâ Islam, proponents of radical Islamic ideology have encouraged and engaged in violence against Christians. This strategy has led many Muslims to question their faith and to be more open to the gospel. Bold evangelists are taking advantage of this opportunity to share the gospel, leading many Muslims to faith in Christ.

Indonesia is a majority Sunni Muslim country where many are proud to be Muslim, but few actually attend mosque or otherwise practice the religion. There are small Hindu, Buddhist and Christian minority groups.

The main persecutors in Indonesia are extremist groups and hard-line Muslims, who in turn influence moderate Muslims. While the government does not normally persecute Christians, neither does it consistently defend their rights. 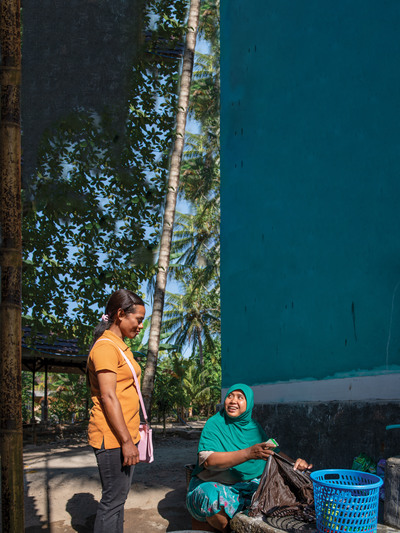 Even though it is illegal to proselytize, it is legal, though difficult, for Muslims and others to convert to Christianity in Indonesia, and there is more openness to the gospel than in other Muslim countries in Southeast Asia because Indonesians value harmony. Christians living in cities can worship openly. In rural areas, churches that actively share their faith face persecution from Muslims, local governments and the community. In some areas, small house churches of about 12 people are generally tolerated and allowed to meet openly. Muslims pay a price for converting to Christianity, and even in cities most Christian converts from Islam choose to attend churches outside their community. Those who openly share their faith face pressure from family members because their conversion to Christianity affects the familyâs social standing. Muslim families often disown children who come to Christ, sometimes even conducting symbolic âfuneralsâ for them. Foreigners who openly evangelize Muslims are required to leave the country. One Indonesian province, Aceh, has implemented Sharia, or Islamic law.

Bibles are available in most cities, but not in many rural locations. It is not illegal to own a Bible, and the Indonesia Bible Society prints Bibles inside the country. However, many live in remote areas where Bibles are unavailable, and others canât afford to purchase one. Give Bibles

VOM trains believers, assists with church planting efforts in difficult areas and provides a safe house for front-line workers under threat. VOM also distributes Bibles in the areas of greatest persecution, where there are often no other sources for Bibles or other Christian materials. Give to VOMâs Global Ministry