Until the 1980s, Bhutan was isolated from the rest of the world by its Himalayan geography, poor infrastructure and poor international relations. In 2008, the country adopted a multiparty constitutional democracy and implemented a new constitution that affords a greater level of religious freedom. Most Christians in Bhutan are of Nepali heritage, and believers are focused on reaching the ethnic Bhutanese with the message of Christ.

88 percent of the Bhutanese people are Buddhists. Approximately 1 percent are Christians.

Christians are restricted by federal laws and persecuted by local authorities. 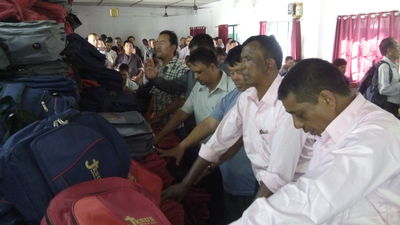 The king identifies himself as the defender of the Buddhist faith, and the government works covertly to discourage the spread of Christianity. Christians are viewed as followers of a foreign, Western religion. There is no opportunity for the legal registration of churches in Bhutan. Christians often lose their jobs and are unable to find work because of their faith. Many Christians must worship in secret.

Though small numbers of Bibles are allowed into the nation legally, the government continues to restrict widespread distribution. Most Bibles must be smuggled into the country from neighboring nations. Give Bibles