Benin is a small country bordering western Nigeria. It is the birthplace of voodoo, and Christianity is viewed by many in the north as a threat to their traditional beliefs. Every village and many homes in the north have a designated place for animal sacrifice (and sometimes human sacrifice). Voodoo is an official religion, and Voodoo Day is a public holiday. Witchcraft is deeply ingrained in the local culture and is openly practiced. Christianity is considered a foreign religion that steals a communityâs youth from being properly initiated into the local tribes. Every village chief serves as both a political leader and a voodoo priest.

The country is about 30 percent Christian, including 8 percent evangelical. Nearly 40 percent practice ethnic religions, and another 30 percent are Muslim.

Believers are persecuted by their family and community. 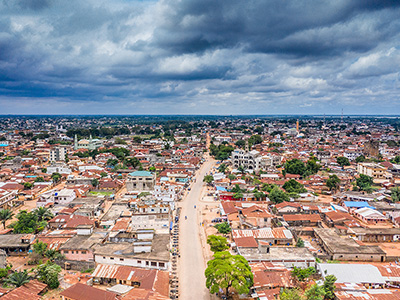 Persecution is prevalent in the north. New converts to Christianity are beaten and sometimes killed, while church buildings are routinely destroyed. Villages keep evangelists out and prevent construction of new churches.

Bibles are available, but they are hard to find in rural areas. Give Bibles

Most of VOMâs work involves urgent persecution response, providing food, shelter and personal items for individuals who have been driven from their homes. We are also providing Bibles in a region where most people practice voodoo. Give to VOMâs Global Ministry