The good news of Christ reached Afghanistan by the second century, but today there are no church buildings. Cultural and religious opposition to the gospel as well as significant security issues remain great challenges for all missions efforts in this Central Asian nation. And sadly, most Afghans have never heard the gospel, do not know a Christian and have been indoctrinated to follow Muhammadâs teachings without question. Radical Islam and violent tribal political activity make the nation a difficult and dangerous place for Christians to practice their faith. There is, nevertheless, a special unity among Christians laboring for the gospel in Afghanistan. Indigenous, near-culture and expatriate believers are boldly taking risks and using every possible opportunity to help believers grow in faith and connect with local house churches. While church growth has been slow among the more than 40 unique people groups, significant Christian growth has occurred among the Hazara people, and members of other people groups are also coming to know Christ.

99.8 percent of Afghans are Muslims, with 90 percent Sunni and 10 percent Shiite.

Both local and national governments are highly antagonistic toward Christians. Extremist groups, including the Taliban and the self-proclaimed Islamic State (ISIS), are active, and believers are also persecuted by their families, friends and communities. 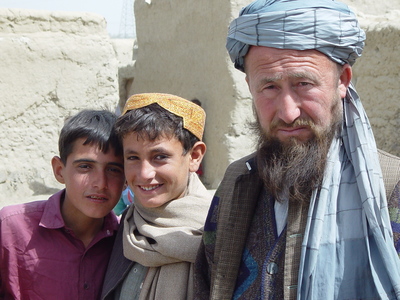 Afghan Christians cannot worship openly. They must worship in homes or other small venues, and evangelism is forbidden. Christians and seekers are highly secretive about their faith or interest in Christianity, especially since the resurgence of the Taliban. Beatings, torture and kidnappings are routine for Christians in Afghanistan. Although waves of Christians have fled the country to worship openly, some Afghan Christians have stayed to maintain a witness for Christ. A small number of Christians are martyred every year in Afghanistan, but their deaths generally occur without public knowledge. A few are also in prison, but imprisonment is not common. Christian converts from Islam are often killed by family members or other radicalized Muslims before any legal proceedings can begin.

Since there are no churches or Christian bookstores in Afghanistan, Bibles are available only through underground ministry networks or in digital formats. There is little access to printed Bibles, and owning one is extremely dangerous. Most believers do not have their own Bible, but online Bibles and other digital formats are available and extremely helpful to believers and seekers. Bible translation efforts are underway for the languages of some people groups who do not have a Bible in their native language. Give Bibles

VOM equips Afghan Christians by providing Bibles, TV and radio broadcasts, discipleship training, front-line worker support and other forms of practical and spiritual assistance, with a special focus on outreach to persecuted women and widows of martyrs. Give to VOMâs Global Ministry