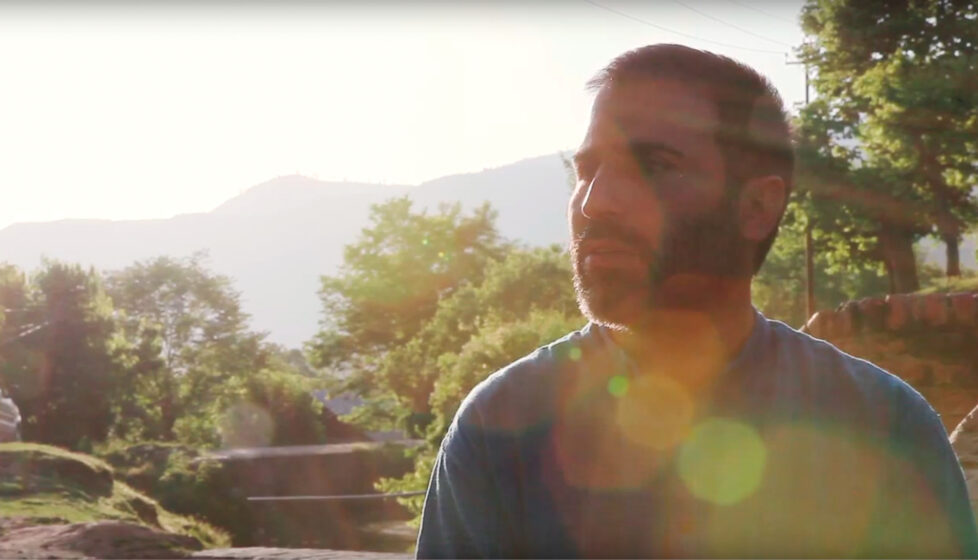 Four masked gunmen charged into Mohammad Yousuf Bhat’s home on the evening of July 1, 2015, pushed his wife aside and demanded to talk to him.

After he stepped forward, the gunmen escorted the 43-year-old father of three outside his home in the Kashmir Valley and shot him seven times, killing him.

Those who worked with Yousuf describe him as being a fearless, bold and passionate believer who “would not be quiet about Christ.”

In the end, his unflinching faith and evangelism of Kashmiri Muslims in North India led to his death. Since leaving Islam himself in 1999, Yousuf had known his life could end this way.

While India is nearly 81 percent Hindu, the territory of Jammu and Kashmir is predominantly Muslim. In the Kashmir Valley, 97 percent of the nearly 7 million residents are Muslim. Islamic militants in the region have created a war zone in which both government soldiers and civilians are attacked by various radical groups.

Villagers, especially Christians, have become anxious since Yousuf ’s murder. They are even afraid to speak of it.

Before his death, Yousuf discussed the Islamists’ efforts to stop the spread of Christianity and the fear this caused among Christians.

“In Kashmir, we can see the Islamic leaders start a movement to crush the believers in Kashmir valley, but this book [the Bible] changed my life,” he said. “I want to share my testimony of it.”

Despite the dangers, Yousuf boldly shared his faith in big ways. He helped create a disciple-making movement among Muslim converts and distributed thousands of Bibles and copies of The JESUS Film. “It would be fair to say that Muslims have been receptive to the gospel in Kashmir,” a VOM worker said. “The church grows, and Yousuf was seen by many as the leader of the church in Kashmir.”

After a major earthquake in the region, Yousuf worked with others to provide health and dental care in relief camps. He also helped distribute solar-powered lights to people without electricity and brought clean drinking water to thousands of people.

Such sacrificial acts of service had been a reflection of his deep faith ever since he encountered God through the Scriptures and left Islam. Life wasn’t easy after he turned to Christ, but he felt God’s presence.

“I got lots of persecution to my family,” he said. “My son was tortured. My daughter was also tortured by different people. Of course we get persecuted to [the] body, but inside we are getting so much peace.”

Yousuf was grateful for how these experiences increased his faith and helped him experience the peace of God. Citing Matthew 5:10, he said the persecution was a blessing.

Before his death, Yousuf knew there were plans to kill him. However, he forgave those who persecuted his family and plotted his death.

“God bless them,” he said. “Our prayer is that God will open their ‘spiritual eyes.’ So we are praying for them.”

Following Yousuf’s murder, three militants were killed in a gun battle with security forces in Kashmir. Some believe the man who shot Yousuf was among those killed.

Known for helping the poor and vulnerable, Yousuf was well respected in the valley. He was even respected by some of the militant groups, which sent representatives to his family following his death to confirm they did not kill him and in fact appreciated him.

Yousuf’s strong Christian presence attracted people to him, according to a friend and VOM partner working in the region.

“He was my right arm, an amazing man and apostle,” the worker said. “We started the first house churches in Kashmir. He was full of the spirit and a great evangelist.”

The week before he was killed, Yousuf visited 13 of the house churches that he and others had started, challenging each group to remain faithful. He also asked them to continue his work should anything happen to him.

“Many of the believers told me that they sensed that he knew the time was close,” a VOM partner said.

Before he died, Yousuf shared his vision for things he’d like to see happen in the event that he was killed. They included the establishment of a job and evangelism training center for Christian converts from Islam, the wish that every young Muslim who studies the Quran would also hear the gospel, the establishment of a drug and alcohol center to address the region’s deep addiction problems, and the desire that every home would receive the Word of God in Urdu, the local language.

Finally, Yousuf wanted his family’s basic living expenses and education fees to be covered if something happened to him. In keeping with our role of caring for the families of martyrs, VOM has fulfilled this final wish.

Yousuf’s overall goal, he once said, was that Kashmir will come to know Christ.

“This is not a religion we can see; this is a freedom,” he said. “[Jesus] takes me out of darkness and into the light of the Lord. We are praying that there will be open worship of the Lord. This is our main burden in our hearts. My prayer is, when I see stars, like every evening, I want to see that many believers in Kashmir Valley. God give us power and victory in Kashmir.”

Get more stories like Yousuf Bhat Martyred in Kashmir Valley, India with a subscription to VOM's Award Winning Magazine