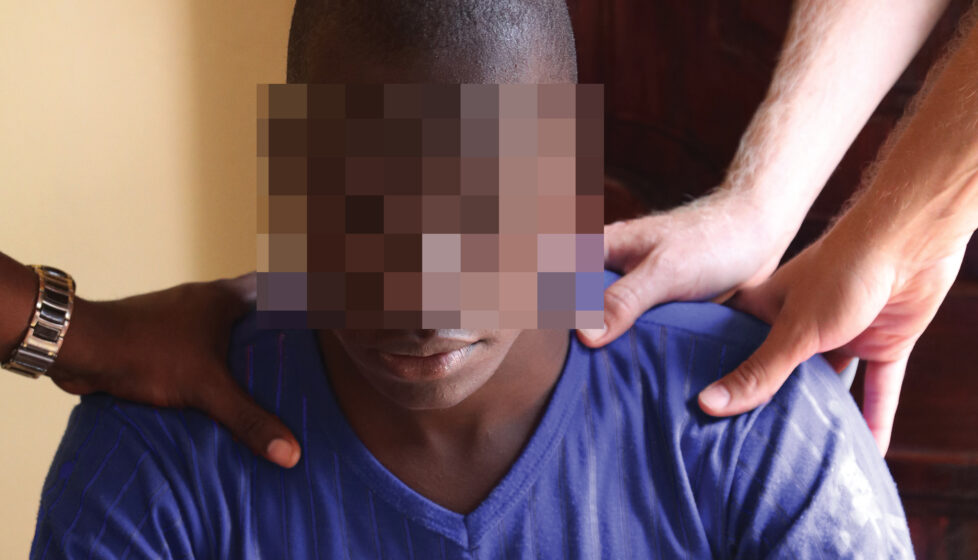 “If you come to Islam, you will become super rich.”

Andrew and a group of young men from nearby villages listened intently to the sheikh’s words. “You will also be worshiping the real god,” he told them.

Although Andrew had been raised as a Christian in his Tanzanian village, he was not well grounded in the faith. So he didn’t need to think long about the sheikh’s promises before deciding to follow Islam.

Andrew was so drawn to the teachings and promises of Islam that even the two-hour walk to the mosque failed to deter him. He was also very attracted by the radical words of the charismatic sheikh. “He told us how he killed people,” Andrew said, “and if we are going to stand up for Islam, we need to be ready to give our lives and kill the enemy.”

The sheikh, who was preparing Andrew and the other young men for service with the Somalian Islamist group al-Shabab, also taught them how to use machetes and guns. Waging jihad, or “holy war,” against those perceived to be enemies of Islam, al-Shabab makes no secret of its goal to eradicate Christianity from Somalia. And it has been exporting its terror to nearby countries as well, making a concerted effort to Islamize Tanzania. Young, impressionable men like Andrew are easy targets for recruitment.

The sheikh was persuasive, and Andrew’s heart was hardened by his radical teaching. “If you do this, you will go to heaven,” he promised. “If you die for this cause, [Allah] will richly bless you. If you blow yourself up, shoot someone, cut someone’s head off, it is for the good.”

Andrew didn’t want his parents to know he had become a Muslim, so he never told them of his secret visits to the mosque. When they asked where he was going, he lied to them. But his parents were noticing more than his frequent absences. He had become increasingly disrespectful toward them, and he wouldn’t eat certain foods that weren’t Islamic. His mother became concerned and asked him about the changes.

Angered by his parents’ interference, Andrew set their house on fire one night. When his brother returned from the market and asked Andrew what had happened, he denied knowing anything about it. “I don’t know,” he told him.

Eventually Andrew’s visits to the mosque became known to his parents, and, left with few options, they sent him away. “If you are with them, go your way,” his father told him.

With nowhere else to go, Andrew tried sleeping at the mosque. But Muslims there urged him to return home and pretend that he was sorry.

Andrew followed their advice and was accepted back into the family after telling his father that he was done with the mosque. But it was just another lie. “It was just to appease my father,” he said.

He continued to live a lie, eventually burning his family’s home down a second time to distract his parents from learning his whereabouts. When his family asked him how it had happened, he lied again.

The sheikh had plans for Andrew, and one day he coldly told him that he should kill his parents. “They are infidels and have absolutely nothing they can help you with in your life,” the sheikh told him.

Andrew returned home the next day fully intending to kill his parents, but he couldn’t bring himself to do it. He then made the long walk back to the mosque and told the sheikh that he couldn’t follow through with his orders. The sheikh was not pleased. “You cannot leave with us to join al-Shabab unless you kill your parents,” he was told.

After being pressured a second time to murder his parents, Andrew began to have second thoughts about the instruction he had been receiving at the mosque. “Why is it since I joined this group, all they talk about is killing people?” he wondered. In that moment of doubt, Andrew said he was filled with grace, especially toward his parents. “I really felt sorry for what I had done and wanted to come back to faith in Jesus Christ,” he said. “At that point, I repented.”

When Andrew returned to his parents and confessed his plot to kill them in order to join al-Shabab, they tearfully told him that he could come home. But, they said, they needed to see evidence of change in his life. They also feared the Muslims at the mosque might kill their family.

Just days later, Andrew learned the Muslims were searching for him. Wanting to protect his family, he told his father that he had to leave. In many parts of Tanzania, those who leave Islam and place their faith in Christ face persecution almost daily. And VOM workers say a large attack on Christians by extremist groups also seems likely.

One of Andrew’s sisters, knowing he was in danger, took him to a pastor’s home to hide for a week. “They are ready to kill you,” Andrew’s father told him in a phone call. “It is like they have already dug a grave for you.” Andrew needed to move to a safer location.

The pastor remembered meeting a VOM worker named David, so he called him to see if he could help Andrew. David took Andrew to a training center in a different town, where he was able to attend church and receive Christian teaching. “I was filled with questions,” Andrew said, “as I hadn’t been to church in a long time.”

Staying at the training center was a time of tremendous spiritual growth for Andrew. “Looking back, it was such a move of the Holy Spirit to take me from the point of being ready to kill my parents to realizing I was wrong and then repenting,” he said. “It is a complete miracle. How do I explain being in one mindset and then all of a sudden something intervenes? I can’t count it less than a miracle. I have never felt so much peace.”

Andrew now has a deep sense of calling to reach young men who are being enticed by Islam, as he once was. “I now feel it is my responsibility to help other people experience the same sort of grace that I was given,” he said. “Many of these kids feel like they have no way of escape, so I want to show them the other way [the gospel] and help bring them out of this. We are wasting our time if we don’t learn how to preach the gospel.

“The teachings I get here [at the training center] have helped me stay firm in my faith, which wasn’t so firm before,” he continued. “It has helped me understand what hurts the heart of God and how to live an upright life.”

Get more stories like Young Muslim Ordered to Kill His Parents, Turns to Christ with a subscription to VOM's Award Winning Magazine