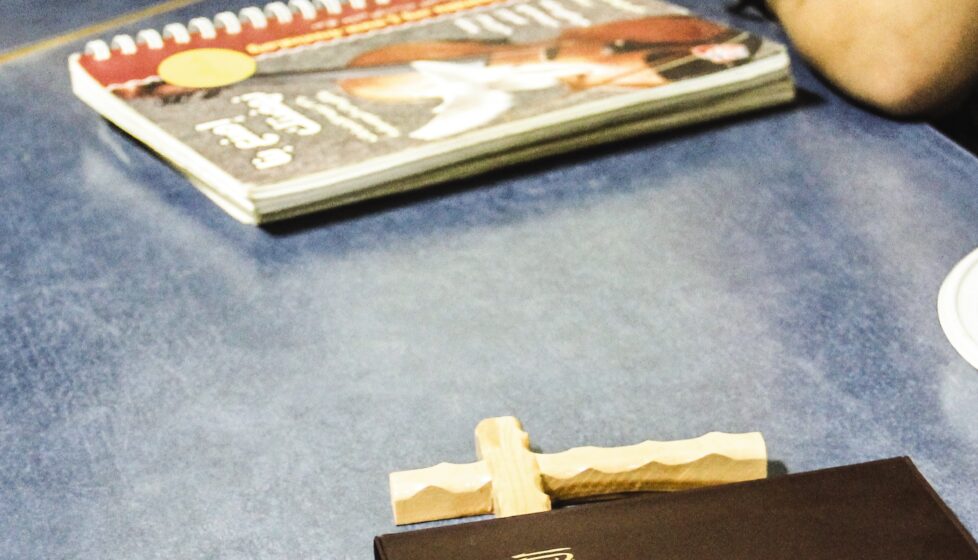 Amal, a Palestinian Arab from Jerusalem, was 13 the first time she heard about Jesus, and it took two more years of study and consideration before she accepted Christ. “I started to get real lost, and I reached a point where I was at a junction,” Amal said. One night she prayed, “Okay, God, I want to ask you if you are the God of Islam. Just tell me that you are and I will wear the hijab [head covering], and I will do all the prayers that you want. But if you are the God of Christians, even if this will lead me to be killed, I will still believe in you.” She knew the stakes were high; her school teacher had told her that according to the Quran, Muslims who convert to another religion should be killed.

That night, Amal had a dream. “In my dream, I woke up and there was a lot of light and I couldn’t look at it,” she said. “The light told me to start walking. Every time I fell, [someone] would grab my hand, pull me up and continue walking. We reached an oasis. He asked me to grab a book out of the water. He said, ‘The answer you are looking for is inside that book; open the last pages and you will find the answer there.’ I read the verse where it says in John 14:6, ‘I am the way, the truth and the life.’ Then I woke up.”

Amal didn’t know where the verse had come from, so she searched both the Quran and the Bible. When she found the verse in the Bible, she decided to give her life to the Way, the Truth and the Life. “Since then, I started to see how the Lord is working, and he is protecting me,” she said.

Amal’s new life in Christ was not free of trouble, however. Every time her mother found a Bible in her room, she burned it. Amal’s mother burned nine of her Bibles over the next three years.

“The next thing I remember, my head was smashing into the window glass,” she said. “I was in shock because in our house no one used violence. I heard him yelling in the background to my father that I was doing bad stuff.”

Both Amal’s brother and father began to beat her. She ran from the kitchen into the bathroom, but her brother followed, hitting her. “Then he dragged me to my room,” she said. “The last thing I remember was that I got slapped really hard in the face, and I fainted onto my bed.” When she woke up a few minutes later, her family was crying and screaming. Her father had had a stroke.

For the next two weeks, Amal was forced to stay in her room. Her family took away her phone, her ID card, everything. She couldn’t eat, and she was afraid her brother would come after her again if she went to the bathroom. Her health deteriorated, and after 16 days she fainted. Her family found her on the floor of her room and rushed her to the hospital.

Her injuries prompted hospital staff to call the police, but Amal chose not to tell police what her family had done to her. “Even though I wanted to tell, I wanted to be like a testimony and prove that I am [God’s] daughter,” she said.

After the attack, Amal moved away from home to attend university. She went to a Bible college, but her family thought she was studying social work.

On graduation day, her father picked her up in his car. When she got in, he threw a newspaper at her. “I didn’t understand why he did that,” she said. “He just gave me a look and didn’t say anything.” She picked up the paper and saw what her father had seen — her own photo in the newspaper with a caption underneath stating her completion of a theology degree. When she looked up at her father, he told her, “Just ask God that your brother won’t see.” Her father didn’t speak to her again for two months, and her brother never found out about her degree.

Even though Amal is an adult, she continues to live at home so she can minister to her brother and sisters. She has led all three of her sisters and her younger brother to the Lord.

Amal’s father and mother now accept her faith, but they don’t acknowledge it. “My father … believes he has two choices: either to kick me out of the home or just accept what I do,” she said. “He doesn’t want to kick me out because of our culture of shame. It is shameful to kick your daughter out. If he accepts what I do, then it is like he is giving me permission to do even more. He just lives in that denial area where he knows nothing.”

Amal’s older brother is married and no longer lives with the family, but he continues to threaten her. “My brother, he knows,” she said. “He keeps on telling me, ‘I am just waiting to do something to hurt you.’”

Amal’s passion for Jesus keeps growing. She and another young Christian convert from Islam are leading a small house church for a group of new converts in Jerusalem, most former Muslims. The converts are all young adults and deeply committed to the Lord. Their weekly worship and fellowship times provide spiritual fuel for them for the whole week. One by one, they are leading their friends, family members and fellow students to the Lord, offering the hope of Christ to a new generation in the Holy Land.