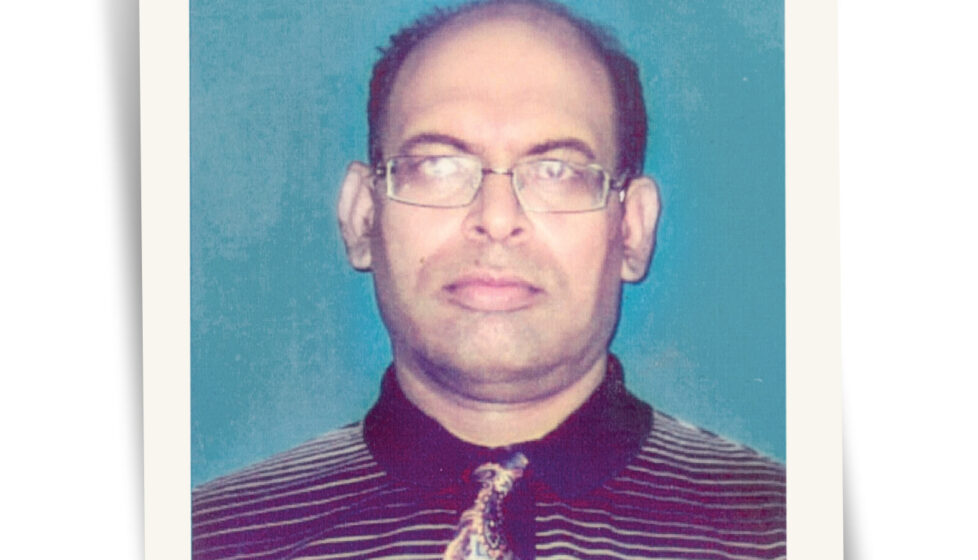 The Bully Becomes the Beaten

Paulus had no idea that the words of the man he was beating would be prophetic.

As a devout Muslim working in law enforcement, he made it a point to preach Islam among Pakistan’s minority Christian community, even beating many Christians in an effort to coerce them to become Muslim.

Then, one day Paulus met a pastor in a park. He discussed Islam with the man and tried to persuade him to accept what he considered the only true religion. But as a committed follower of Jesus Christ, the pastor told Paulus he could not become a Muslim.

So, sticking to standard practice, Paulus violently attacked him. Between painful blows to the head, the pastor made eye contact with Paulus and said, “I am beaten for Jesus Christ, and one day you will also be beaten for Him.”

Although the man’s words left an impression, Paulus would not understand what they meant until years later.

Reading was a great passion of Paulus, and one day while browsing through his local book store, he curiously picked up and purchased a copy of an old book. Later, as he began to read the book, he realized he was holding a Bible. Repulsed, he tossed it aside, intending to take it back to the store.

But Paulus couldn’t shake the sense of peace that had overcome him while reading the Bible. So four days later, he picked it up again. Each time he picked it up and began to read, however, the false ideas he’d always heard about Christianity resurfaced, and he would resolve to get rid of the book. After repeating this cycle for several months, his resistance crumbled and he decided to find out more about the Jesus of the Bible.

When he heard two Christian men talking on a bus one day, he saw his opportunity. After asking the men to tell him about Jesus, Paulus was led to their pastor, who advised him to go to a quiet room by himself and ask the god of Islam to reveal himself. Then, the pastor suggested, he should ask the God of the Bible to reveal Himself.

Paulus decided to follow the pastor’s somewhat unorthodox instructions. So he called out to the god of Islam and, not unexpectedly, was met with silence. When he addressed God, however, to his great astonishment he had a vision of a man in white saying, “Son, follow Me and stop persecuting My people.”

Paulus immediately returned to the pastor and told him he had placed his faith in Jesus Christ. He was baptized in 2001, abandoning the Muslim name he had received at birth in favor of the name Paulus. And like his namesake, the Apostle Paul, he would experience many beatings and hardships because of his faith in Christ. “Still, whatever happens to me,” he said, “I will always follow Jesus my Savior.”

The words of the pastor he had beaten many years earlier were soon realized. When Paulus’s family heard the news of his conversion, they were extremely unhappy; his father even beat him when he discovered him praying. “Father, the one I am calling, He is your Father also!” Paulus told him.

But his father, along with some other religious leaders, locked him in a room and continued to beat him periodically. Then, after several months, one of Paulus’s cousins helped him escape. And when a large earthquake hit the area in 2005, destroying the building where Paulus had been held, his family assumed he was dead.

As Paulus fled the area and his family’s hostility, he had a car accident that required hospitalization. While in the hospital, he met a Christian woman named Marriam who would later become his wife. Although Paulus had been married before, his Muslim wife had left him when he became a Christian. He had stayed in touch with his son from the first marriage, however, quietly sharing the gospel with him. Eventually his son came to faith in Christ and told Paulus he wanted to come live with him. But when the boy’s relatives found out, they poisoned him to death rather than let him live with an “infidel.”

The persecution from his family didn’t end with the murder of his son. After they learned where Paulus and his new wife were living, they often came to beat him. On one occasion, a family member struck him so hard that he dropped his 3-month-old daughter, Sara, permanently damaging her left eye.

Despite everything, he remained firm in faith. “After accepting Jesus Christ, he never looked back,” Marriam said. “He always preached the Word and served the Lord.”

Churches throughout Pakistan frequently asked Paulus to share his testimony of conversion from a Christian-hating Muslim to a Christ-loving follower of Jesus. And he gladly and fearlessly shared what God had done for him.

In 2016, members of Paulus’s family beat him again, causing injuries that eventually led to his death. While being treated in the hospital for wounds suffered in the beating, he developed an infection that turned septic. The hospital, however, attributed his death to a heart attack, presumably evading responsibility for the septic infection.

Marriam and her daughter have struggled since Paulus’s death. In January 2019, two VOM-supported pastors asked VOM to help her, and VOM helped provide living expenses, school fees and medical treatment for Sara’s eye. Although doctors could not restore vision in the eye, a glass eye has given her a huge boost of confidence. In addition, VOM provided Marriam with a rickshaw that will allow her to run a small taxi business.

“After my husband’s death, I continue to serve the Lord,” Marriam said. “Although I have many difficulties, I love to serve Him.” She said she feels called to continue Paulus’s work by sharing his testimony and sharing God’s Word with women’s groups.

Get more stories like Pakistani “Paul” Formerly Beat Christians, Now Beaten Himself with a subscription to VOM's Award Winning Magazine