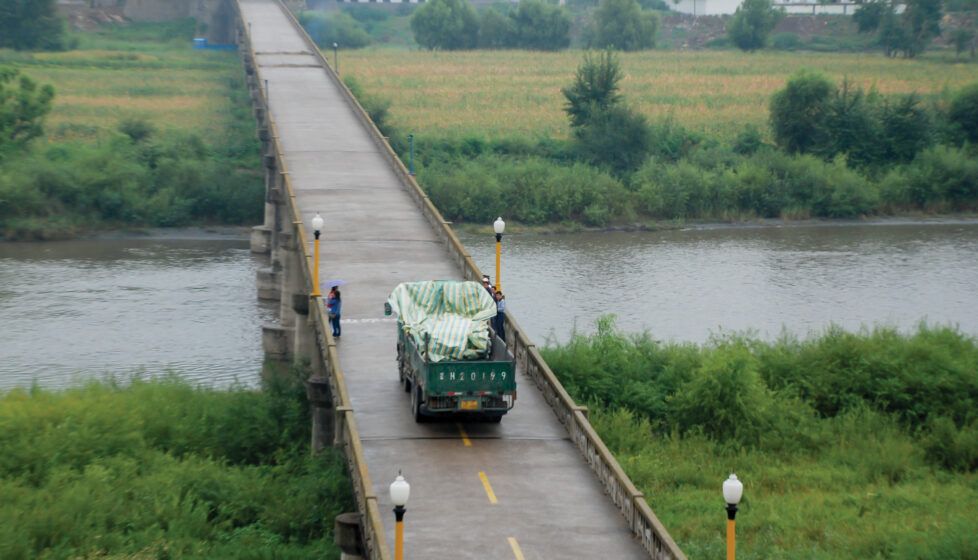 Once fearful of even seeing a Bible, a former North Korean border guard now embraces it.

Nearly every day for 11 years, Park Chin-Mae dutifully monitored North Korea’s border with China. From 8 a.m. to 10 p.m., he watched for North Koreans attempting to defect or smuggle contraband into the country.

Chin-Mae took pride in his work as a border guard, even though he was guilty of the same illegal activities for which he arrested others. Like many North Koreans, he relied on illegal smuggling simply to survive.

When another guard reported Chin-Mae’s smuggling ring, he spent 60 torturous days in prison. And he hadn’t even smuggled the most dangerous item into the country — a Bible. “Those who let Bibles into North Korea had a more severe punishment than someone who kills people,” Chin-Mae said.

For Chin-Mae, getting caught smuggling meant being reduced from a respected soldier to a worthless prisoner. For the first 10 days, he was forced to stand in a bowing position and was allowed to move only to use the restroom. If he moved, even during the night, he was beaten mercilessly with a wooden baton. For the next 50 days he was forced to remain in a position of his choosing, but he said even sitting for 24 hours straight became very uncomfortable. “Sometimes, as time went on, it was more comfortable to be beaten,” he said.

Despite the punishment he suffered, Chin-Mae returned to smuggling as soon as he returned to work. Financially, he had no other choice.

One day, Chin-Mae agreed to help a woman from his village smuggle a shipment of DVD players into North Korea, knowing he could make money in the deal. When the woman arrived at his post with 30 boxes, Chin-Mae opened a random box to give the appearance of inspecting the shipment. But the box he opened happened to also contain six Bibles.

Suddenly, his heart filled with fear. Although he had never seen a Bible before, he had been taught that they were subversive to Juche, the North Korean religion that requires worship and subservience to the Kim family. He was torn about what to do, but he finally decided to let the Bibles pass. “We didn’t see anything today,” he told his friend. “You and I, we keep the secret until we die.”

North Korean border guards must follow a strict protocol when they seize one or more Bibles. They are forbidden from opening a Bible and must report them to their superiors, before enduring 10 days of interrogation.

Chin-Mae knew guards who had been through the process. And he also knew that he could be killed if another guard had seen the Bibles and reported him for allowing their entry.

“They know that the Bible is the enemy,” he said of North Korea’s border guards. “It is something they choose to avoid at all times. I wouldn’t even dare open it because of my Juche ideology.”

After Chin-Mae finished his mandatory military service, he decided to flee the country. A friend who had fled to South Korea years earlier had occasionally told him about life there, and Chin-Mae decided to experience it for himself.

One evening in late September 2017, Chin-Mae, then in his early 30s, set out to cross the border he had sworn to protect. With years of experience as a border guard, he knew how to cross without detection. “I was not afraid of being caught by the Chinese police,” he said.

Chin-Mae had arranged for his sister in China to pick him up at a certain spot on the other side of the Yalu River, so once across he went to her house, where he stayed for a few months. He then spent time in southern China and Laos before settling in South Korea, where all North Korean defectors are able to obtain citizenship.

After arriving in South Korea in November 2017, Chin-Mae underwent the standard three-month entry interrogation at the National Intelligence Service (NIS) to ensure he wasn’t a spy. He also entered counseling, and the man who counseled his group of defectors was a Christian.

When the man asked Chin-Mae if he had ever heard of God, he replied, “I believe there is no God.” Later, however, he began to consider what the counselor had told him about God. He was then given eight books on Christian apologetics, which explained various cases for the existence of God and the historical validity of Scripture. He soon became interested in the Christian faith.

After his release from the NIS, he entered a settlement center for defectors, where he spent another three months learning about life in South Korea. North Koreans at the settlement center are encouraged to choose a religion to help them navigate their new life, so Chin-Mae decided to attend a church service to learn more about Christianity.

He volunteered at the church to help set Bibles out before the worship service. And as he placed Bibles on the empty chairs, Chin-Mae realized he was holding the very book that would have gotten him killed in North Korea.

“I was so joyful,” he said. “I rejoiced at being able to set out the Bibles.”

During his three months at the settlement center, he never missed a daily prayer service. His love for the church and the Scriptures continued to grow until he eventually rejected the Juche religion and placed his faith in Jesus.

“I knew the only way I could survive in South Korea was to stick to God,” he said, “just grab Him wherever He goes. I kept that in my mind whenever I read the Bible. I didn’t just read it like any other book; I read it and I took every word of the Bible into my heart.”

Chin-Mae also saw God answer his prayer for an older brother who had called from North Korea asking for financial help. After telling his brother that he had no money to help him with his business, he began to pray daily that God would provide for his brother’s needs. After 10 days of prayer, he learned that a friend had lent his brother the amount he needed.

“I prayed, and God answered my prayer,” he said. “I began to know how God works. God hears my prayers.”

Chin-Mae also met a VOM worker at the settlement center, and he is now receiving help from VOM as he starts his new life in South Korea. He asks people to pray for North Korea and to pray for him as he adjusts to a new country and new way of life. Many North Koreans battle depression as they adapt to a completely new way of thinking and interacting with others.

As he faces these new challenges, Chin-Mae has hope — something he never had in North Korea. And he finds his hope in Christ, the central subject of a once-feared book that has led him to new life.