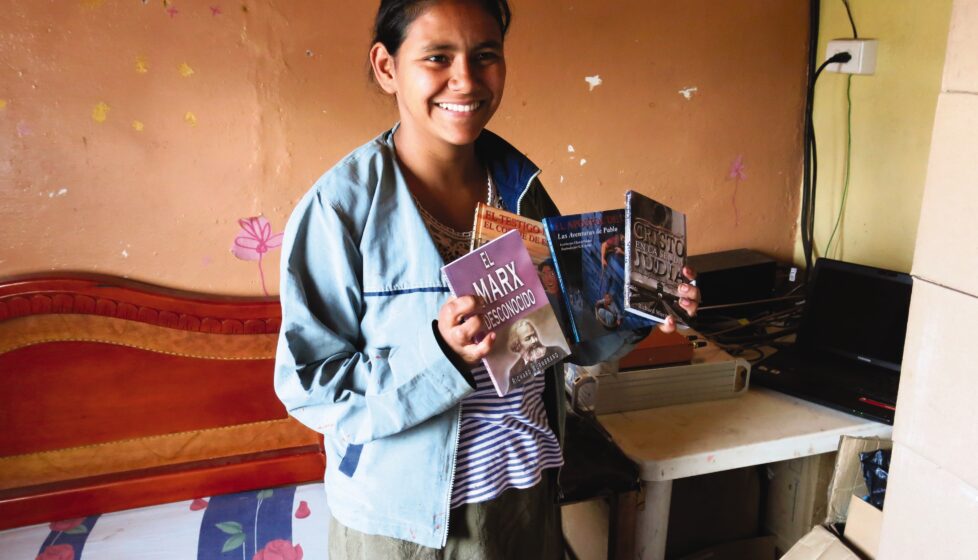 Elmer sat in a cave, listening to the howling wind and the hail pounding the rain-soaked earth. Surrounded by darkness and fearing for his life, the FARC guerrilla commander had much time to think and much to think about. He was being pursued by a FARC commander one rank below him as well as by government soldiers. The commander was jealous that Elmer had been promoted after government soldiers killed the previous top commander. And the government had placed a 200-million-peso (about $98,000 USD) bounty on his head that made him that much more of a target.

Elmer saw only one solution. It was the solution that he had been taught in more than 30 years of indoctrination with Marxist teachings: “In situations like this, taking my life is my only way out,” he thought. He grabbed his gun and lifted it to his head. But when he tried to pull the trigger, he heard a voice saying, “Don’t do it.” He tried two more times, but each time he heard the voice, preventing him from pulling the trigger. The fourth time he tried, the hail and rain suddenly stopped. “Don’t do it,” the voice said again. “I love you. You are my son.”

When Elmer was 13, he was recruited to join the Revolutionary Armed Forces of Colombia, also known as FARC. The FARC, along with other paramilitary groups, has terrorized the people of Colombia in their struggle for power. Anyone or any group that gets in their way is targeted, including Christians. 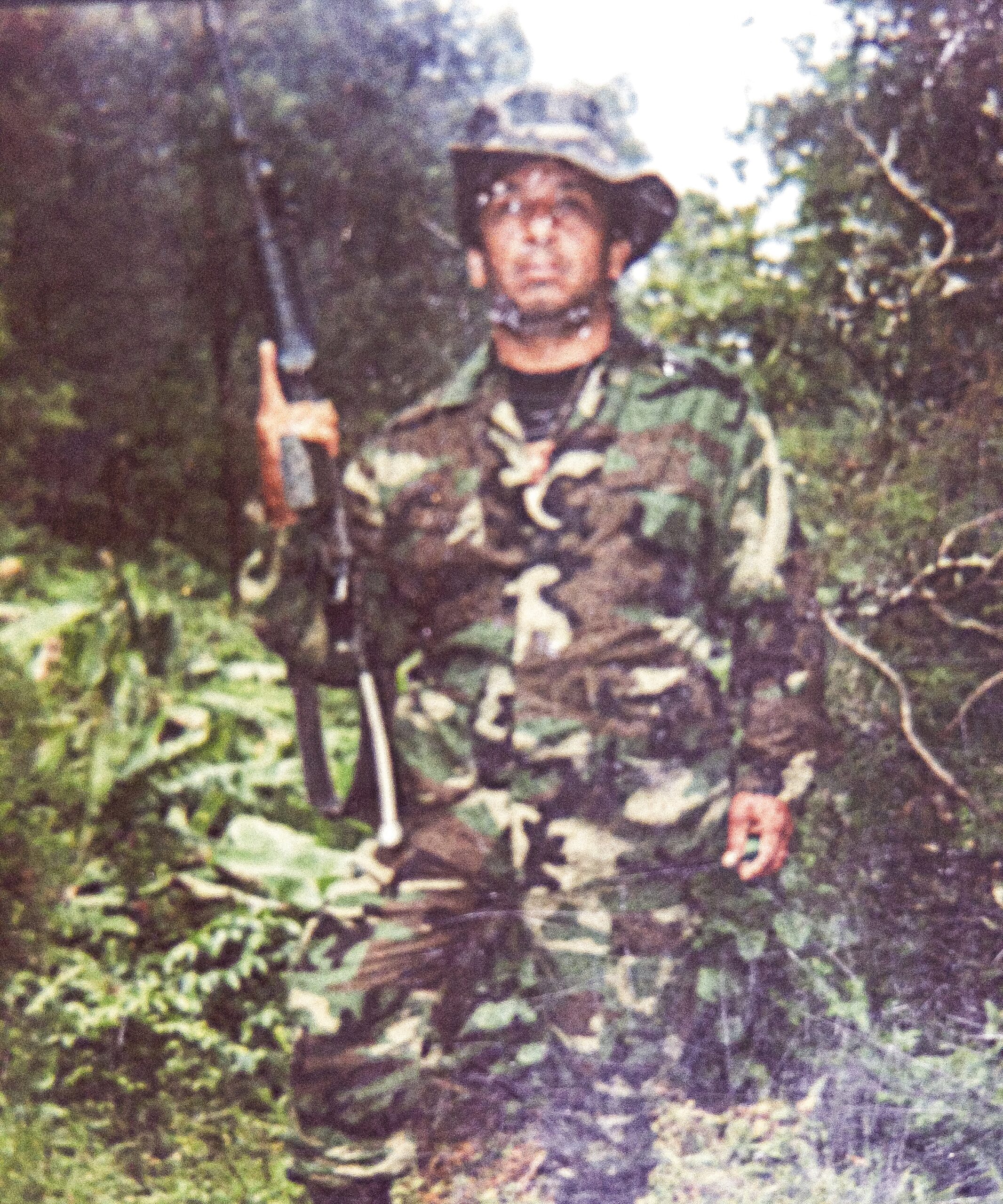 In FARC-controlled areas known as “red zones,” the guerrillas have killed Christians and made it difficult for them to evangelize or meet for worship. “I was indoctrinated into Marxism and Leninism from a very young age,” Elmer said. “The indoctrination led me to think that everything [relating to] Christianity needed to be abolished, so I killed many Christians. I displaced them from their lands and persecuted them, and I wouldn’t allow them to come together in their churches either.”

Elmer hated Christians. He thought they were weak because they wouldn’t defend themselves. On one occasion, he and another guerrilla entered a town that appeared to be abandoned, in search of food and water. They had been walking for several days, and they were very hungry and thirsty. Elmer soon noticed that a group of Christians were in a nearby river, getting water to take to their church. By the time he arrived at the river, he had become so angry at the Christians that he reached for his gun. He wanted to kill them one by one and throw them into the river. Seeing the armed guerrillas and realizing their defenseless position, the church members started to sing. When Elmer tried to pull the gun out of his holster, his hand froze.

Another time, Elmer and a commander kidnapped five pastors. Like the Apostle Paul, who used his imprisonment to share the gospel with the Roman guard, these pastors took the opportunity to be salt and light to their FARC captors. For days, Elmer and the commander asked the pastors what kind of work they did. The pastors talked day and night, planting the seed of the gospel in Elmer’s heart.

On numerous occasions when Elmer persecuted Christians, they shared the gospel with him. In time, his heart began to soften toward the believers, and he even helped Christians escape.

And now, as Elmer sat in the dark cave, having failed four attempts at committing suicide, he was paralyzed with fear. He knew the army could still be looking for him, and he was overcome with fatigue and hunger. He threw his gun as far as he could, then stood up and gave his life to Jesus Christ. Soon, Elmer heard someone’s voice. It was a farmer who had discovered the scared guerrilla commander with a lucrative bounty still on his head. He had come to bring Elmer food. Several days later, the farmer finally persuaded him to come out of hiding.

Elmer immediately began reaching out to the guerrillas by distributing Bibles and radios pre-tuned to gospel broadcasts. He also runs a Christian radio station out of his home. “So instead of being a messenger of hatred,” Elmer told a VOM worker, “I am now a messenger of peace.”

The FARC considers Elmer not only a deserter but also a threat for luring others away from the movement. “I know that many in the FARC would like to kill me,” he said, “but the Lord has promised that He is faithful and won’t let me go. His angels are with me, and I am safe with the Lord. I know there are people in the FARC who can turn to the Lord like I did. I pray for them.”

VOM comes alongside Elmer and other front-line workers in Colombia by supplying them with the tools they need to reach those opposed to the gospel. VOM supports pastors’ conferences that bring together those who minister on the frontlines in FARC red zones. At the conferences, pastors receive teaching from the Word and are able to fellowship with other persecuted pastors. We also support Christian radio broadcasts by helping pay for transmission towers and other equipment. Elmer prays that more guerrillas will come to faith in Christ through hearing the gospel over the airwaves.

Elmer said the guerrillas want new lives. “They want to know God. We have promised the Colombian people that we will do everything we can for them to have changed lives.”