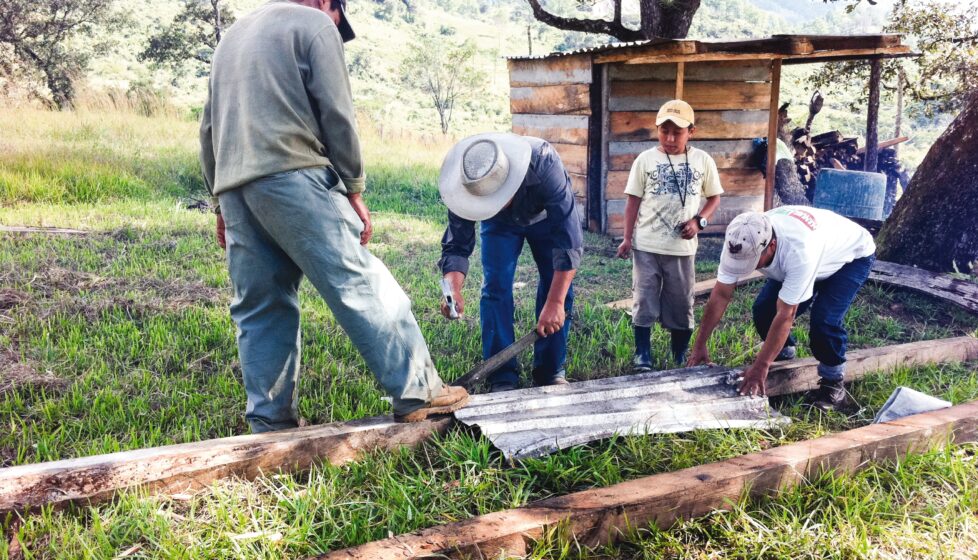 Feliciano had been ordered to appear at a community assembly so the other leaders could interrogate him about the new ideas he had been teaching in Avellanal, Chiapas. “You have changed your thinking!” they told him accusingly. “You are talking like an evangelical.”

At 52, Feliciano Ruiz Cruz was content with his life. He had a good wife and eight children. He and his three oldest sons, all married, farmed their land and provided for the entire family. Feliciano was one of four lay leaders in his local traditionalist Catholic church. He was also a member of the leftist Zapatista rebel group and a respected member of his community.

All that changed one day in April 2013. While reading the Bible, he was convicted by the Holy Spirit that his worship of idols was sinful. He realized that the idolatrous worship of saints and gods in his traditionalist church was wrong, and he soon began teaching others what he had learned.

Others in the community began to take note, and his three co-leaders at the church asked him to appear at the Avellanal community assembly to answer their questions. The region around Avellanal was so opposed to evangelicals that 10 communities had posted signs banning pastors or evangelicals from even entering.

Rejecting the Traditions of Men

Feliciano appeared at the assembly with his entire family, all of whom had renounced idol worship and committed to changing their lives. The community was horrified. Feliciano and his family were rejecting their entire way of life — their identity as members of the Tzeltal tribe, as traditionalists and as revolutionaries.

Feliciano and his three oldest sons were immediately arrested by community police and fined $500 each. They were locked in the community jails, rough structures in the town square, where they were subjected to public shaming.

Two of them were locked in one jail while the other two were locked in another. For seven days, community members passed by to taunt them. “Come back to our faith, Feliciano!” they said. “There’s still time!” But Feliciano and his sons were unmoved. Instead of re-thinking their decision, they spent time praying and reading the Bibles that their family smuggled into the jail for them. Community leaders weren’t providing food for them, so family members also brought them pozol, a traditional drink made of cacao and corn.

Expelled from the Community

The men were released after seven days in jail. Because they refused to return to traditionalist practice, community leaders told them they had lost their right to live in the community. But Feliciano and his sons told the leaders that they wouldn’t leave their homes and fields. The infuriated community leaders then began to scream at them, threaten them, push them and chase them with sticks. They eventually ran Feliciano and his sons out of town, but they returned the next day.

As life in Avellanal grew increasingly difficult, Feliciano sought legal assistance from the religious department in the county seat. He obtained permits stating that he was legally allowed to live in Avellanal, but when he presented his paperwork to community leaders, they tore the papers from his hands and ripped them up.

Discouraged, he sought advice from a nearby pastor and from a VOM contact in the region. They encouraged Feliciano to go to the state capital for written approval to remain in his home. He again obtained the proper paperwork, but when he returned to Avellanal this time, he was badly beaten by community members. Although arrest warrants were issued for those who beat him, his attackers were never arrested.

One day, community members told the family that they were going to burn their homes if they didn’t leave. The community gave Feliciano and his family six weeks to move out, allowing them to resettle on a nearby mountain, where they would be free to practice their faith.

Losing All to Gain Christ

They had to leave everything behind — their homes, land and crops. In order to live on the steep mountain slope, they first had to level the land. Then they built four rough houses and strung up a tarp for their place of worship. Their efforts were hampered by the fact that no one in Avellanal was willing to sell them wood. After they prepared the land and built the walls of their simple homes, VOM helped them purchase corrugated roofing and paid to have electricity and water provided.

Throughout the year-long ordeal, Feliciano never wanted to leave Avellanal. He and his family continue to pray that the community will turn to the Lord and leave the “traditions of men” for the commandments of God. Feliciano said Mark 7:7–8 are his favorite verses. He said those who ran him out can be “changed and washed by the blood of Christ.”

He hopes that the signs forbidding Christians to enter will one day be removed and that everyone will be able to worship God publicly. “One day there will be freedom in Avellanal,” he said.

“Everything was worth it. We only wish we’d [become evangelicals] sooner for our kids’ sakes. I’ve learned that God is faithful. They took our houses; now we have somewhere to live. They took our harvest, and God gave us food to eat through many servants. They jailed us, but we know true liberty.”