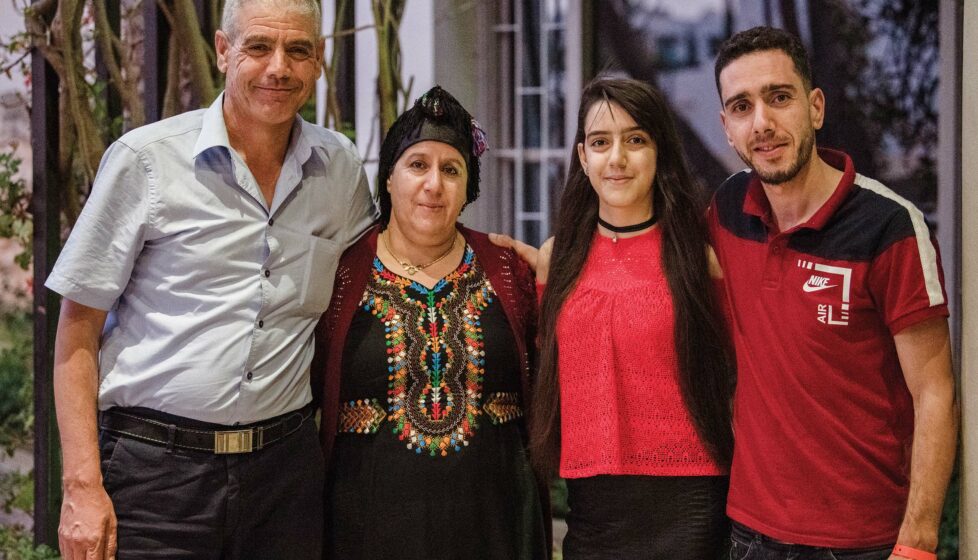 Simo is a tall man with straight posture, hinting at his careers in the army and later as a police investigator. Like many of his countrymen, Simo was born a Muslim but had always held his faith lightly. It was tradition and it was culture, but he had felt more loyalty to his country than to his Muslim religion.

In the early ’90s, Algeria transitioned from a one-party political system to a multi-party system, and surprisingly an Islamist party then won the election. To avoid the possibility of a government led by extremists, the army quickly took over, launching an insurgency that lasted six years.

Simo served as a police detective during the insurgency, and one day he found himself interrogating a young Muslim man who justified his violent actions by citing the Quran and the teachings of the Prophet Muhammad. “I thought, if all this is right and Islam is telling us to kill, then Islam is not a religion and I cannot follow it anymore,” Simo said.

Disillusioned with the religion he had grown up in, Simo began to consider Christianity. After visiting some churches, including a Kabyle Protestant church, he noticed a real difference between followers of Jesus and most Muslims he knew. “I found there is a real relationship between these people and God,” he said.

Simo wanted that kind of relationship with God, so he soon turned his back on Islam and placed his faith in Christ. When local Islamic teachers insulted Christians, Simo was never shy about standing up for his faith and expressing his opinions. The Muslim teachers, in turn, ordered an attack on Simo that resulted in a hospital visit.

Still, the pressure from local Muslims only served to strengthen his faith. When he saw new mosques and Islamic schools in the Kabylie region being funded by countries like Qatar and Turkey, he decided to combat their work by establishing a Christian apologetics organization named after St. Augustine. “The main purpose of the association was to make St. Augustine well known among the Kabyle so they can know that this man was Christian and a Kabyle like them,” Simo said.

But the Algerian government denied his application. So instead, he appealed directly to Algerian believers: “Any Christian who suffers for their faith or is persecuted, please contact me.” He then began sharing their stories of persecution on Facebook.

Simo felt strongly about the unfair treatment of Algerian Christians. He wrote letters to Algeria’s president, to the European Union, to the chancellor of Germany and others, expressing his concerns about the mistreatment of Christians in Algeria.

Then, in July 2016, Simo was arrested after sharing a message on Facebook stating that the light of Jesus was overcoming the lie of Islam and its prophet. He served 20 months of a five-year sentence in prison, his health deteriorating due to rheumatoid arthritis. Since his release in early 2018, Simo and his family have fled the country because of death threats.