Are you an âNâ Christian?

In northern Iraq, radical Muslims (ISIS) spray-painted the Arabic letter Ù , or âN,â on the homes and businesses of Christians. The property owners were publicly identified as Christ-followers and given a choice to convert to Islam, leave or die. The courageous believers refused to deny their faith, and more than 100,000 fled with little more than the clothes on their backs. Today you can stand with them by making the following commitment:

Become an âNâ Christian. Make your commitment to stand with our persecuted brothers and sisters now. Provide your contact information so we can send you a free copy of our new Christians Facing Islamic Extremists guide.

Enable JavaScript and reload the page to see this form.
Make Your Commitment 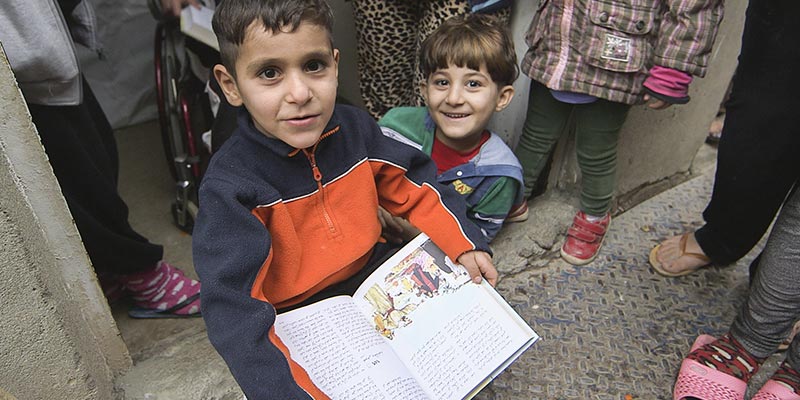 I Am N Resources 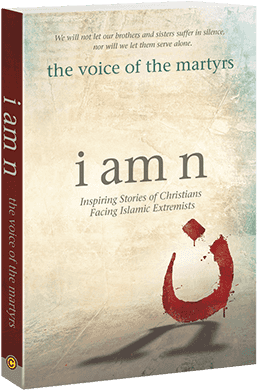 I Am N reminds us that wherever we live, we are the brothers and sisters of those who are persecuted. So come meet them and their families. Read their stories. Learn from them, pray for them and deepen your faith in a God who gives us the courage to love even our persecutors. 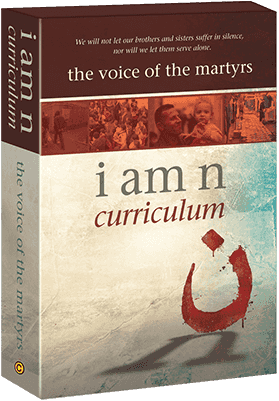 This engaging video curriculum presents true stories of Christians facing Islamic extremists around the world. Ideal for small groups, campus ministries and churches, the I Am N Curriculum Kit includes the I Am N book, a participantâs guide, a facilitatorâs guide and a 6-session DVD.

Each 15-minute video includes interviews with persecuted Christians as well as commentary and teaching by leaders from The Voice of the Martyrs and other leading missions organizations. As you explore the six themes of sacrifice, courage, joy, perseverance, forgiveness and faithfulness, you will be inspired to grow deeper in your relationship with Christ and witness with boldness and joy to your friends, family and co-workers. 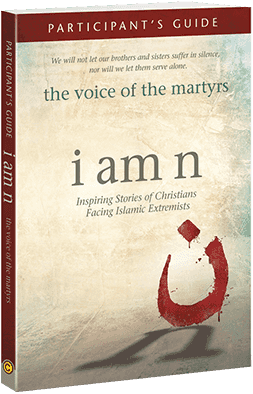 This companion guide to the I Am N Curriculum Kit challenges us to examine our own lives in light of the stories of persecuted Christians. Each theme of the curriculum â forgiveness, sacrifice, faithfulness, joy, perseverance and courage â is explored through discussion and reflection questions. 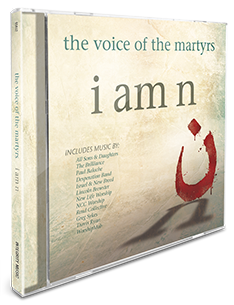 A compilation of appropriate songs to accompany this difficult topic and remind us that God is in control, no matter the circumstances. Calling us to stand together as the body of Christ, this 12-song CD features artists such as All Sons & Daughters, Lincoln Brewster and Paul Baloche.

The Voice of the Martyrs (VOM) and David C. Cook Publishing announce the release of four new I Am N products. Showcasing the product line is the I Am N book, which features more than 50 dramatic stories of persecuted Christians who have faced Islamic extremist groups like ISIS head-on. Following each testimony is a short study showing Godâs eternal perspective in the midst of violence, fear and even death. Along with the I Am N book is a group curriculum, accompanying participantâs guide, and an inspirational music CD from some of todayâs top worship leaders.

All net proceeds received by The Voice of the Martyrs from sales of the I Am N products will go directly to support Christians facing Islamic extremists.

We Stand As One

Spread the word about what God is doing in the midst of the crisis in Northern Iraq to your friends and family.

Learn More About the i-am-n Commitment

In June 2014, the world watched in horror as Islamic extremists who had declared themselves the Islamic State (ISIS) overran the northern Iraqi city of Mosul, the former ancient kingdom of Nineveh we read about in the Book of Jonah. Christians had lived in Mosul and the Nineveh plains for centuries. Many Christians in Mosul were killed, and many others fled their homes with little more than the clothes on their backs.

Members of ISIS went door to door identifying Christian families. They then spray-painted a red Arabic letter ن on the homes of our brothers and sisters. The letter ن stood for Nasara, a term used by Muslims to mean “followers of Jesus of Nazareth.”

A few days later, the Islamists gave the Christian families an ultimatum: convert to Islam, pay an exorbitant tax to the Islamists, or leave. If they refused, they would be killed.

More than 100,000 Christians refused to deny Christ and left everything behind.

Even as these persecuted believers were fleeing their homes, Christians around the world began adopting the Arabic letter ن to demonstrate that they, too, were followers of Jesus of Nazareth. The symbol meant to mark Iraqi Christians for exile or even death has become a symbol of hope and courage, as we commit to stand with our brothers and sisters facing Islamic extremists.