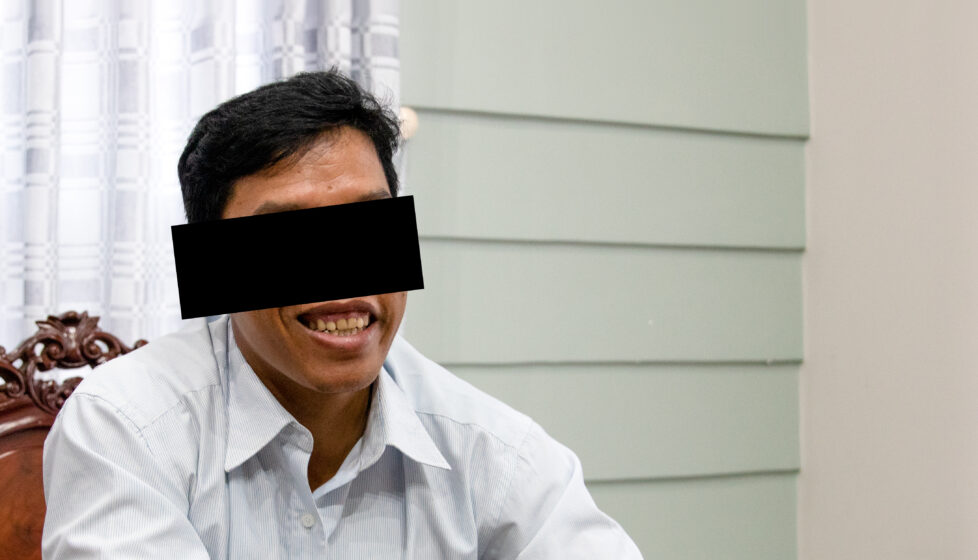 Emmanuel resented his father’s ministry work in Vietnam and the repeated imprisonments it caused. But as he saw God working through him, his own work began to mirror his father’s commitment.

Emmanuel has many painful childhood memories.

He will never forget the fear he felt every time Vietnamese authorities arrested his father while preaching at a Sunday service or while teaching believers from various tribes at their home. He would sometimes cling to his father’s leg, trying to prevent the police from taking his daddy. And he still remembers the loneliness and abandonment he felt while his father was imprisoned.

Emmanuel resented his father’s work, and it didn’t end when his father was out of prison. The resentment resurfaced every time his father was unable to attend a special school event because of his ministry work.

Emmanuel often climbed to the top of a coconut tree to cry and vent his frustration toward his father and God in private. Then, at age 11, Emmanuel’s bitterness reached a new level as his father began to serve what became three years in prison.

“I got angry with my father,” Emmanuel said. “Sometimes I didn’t even want to visit my father in prison.”

Despite his father’s boldness as a pastor, Emmanuel lacked confidence in his faith. He often hid during church gatherings and youth events.

“I was afraid somebody would ask me to pray or do something,” he said, his face showing traces of his youthful shyness.

As a teenager, Emmanuel spent much of his free time lifting weights; he found that it increased his confidence and relieved aggression. But after years of travel from province to province for bodybuilding competitions, he eventually began to view his faith as the source of true strength.

At age 19 he attended a year-long Bible school for youth in Ho Chi Minh City, and when he returned home he was appointed youth leader for more than 400 children and teenagers at his church. Although initially anxious about the position, he found peace through prayer as he accepted the new role.

“I felt joy when I was with the youth, so sometimes I didn’t want to go home,” he said. “I wanted to be with the young people in the church.”

Two years later, Emmanuel took advantage of his bodybuilding background to serve as his father’s bodyguard, traveling to dangerous parts of Vietnam with him for several days each week.

He recalls an incident in the mountainous Central Highlands region in which he and his father narrowly escaped traps set by robbers. Their motorbikes were able to snap the ropes that had been set by thieves hoping to steal their motorbikes after stopping them along the road.

During the six years he spent alongside his father, Emmanuel saw not only his dad but also God at work.

“I did not realize the importance of ministry,” he said. “I intended to go with my father to protect him and just do ordinary work, but later God showed me what I had been through was the way He was training me for my future in ministry.”

Emmanuel’s father, now in his late 60s, is still committed to advancing God’s kingdom despite many health issues. After spending two months in the hospital, he persuaded his doctors to let him out just long enough to preach a service at his church. After preaching, he returned to the hospital to continue treatment. His determination and devotion to God are sources of great inspiration for Emmanuel.

“I feel that God is still allowing my father to see the fruit [of his ministry],” he said. “We pray God’s will be done.”

Emmanuel’s own ministry today mirrors his father’s. He regularly visits villages and shares the gospel among tribes that practice ancestor worship, which often leads to persecution because the tribal leaders forbid villagers from leaving their traditional religion. Following in his father’s footsteps, Emmanuel typically travels for days at a time, far from his wife and their young daughter.

Christians in Vietnam are opposed by government authorities when they evangelize outside the church or attempt to conduct community events, and Emmanuel has been confronted repeatedly by authorities about his ministry work.

Several years ago, police made him report to the police station every day for two weeks in an attempt to intimidate him. And today they occasionally “investigate” his outreach efforts, especially when he and others are ministering to children, but he has not yet been arrested.

The people he shares the gospel with and the persecution he has faced as a result have helped Emmanuel better understand his childhood and see it in a new light. He has forgiven his father.

“Now I understand why my father sacrificed,” he said. “I feel and understand the calling of God; that is why I am willing to do it. My ministry is the same as my father’s before. I live more for Him now.”

When he considers his father’s legacy, Emmanuel said he admires more than ever his father’s faithfulness and devotion to the gospel. Many people from different tribes came to trust in Jesus because Emmanuel’s father was willing to sacrifice time at home with his family. And Emmanuel now understands that his temporal loss was their eternal gain.

Viewing his father’s ministry through the lens of his own current work, Emmanuel said he sees not only the good that his father did for the kingdom but also the good he did for his family.

“He left for us a good name,” Emmanuel said, smiling. “He did not give us a lot of money or property, but he gave us a good name and good reputation. Whenever we go from place to place, people know him, appreciate him, respect him and love him very much. He has been a good example to follow.”