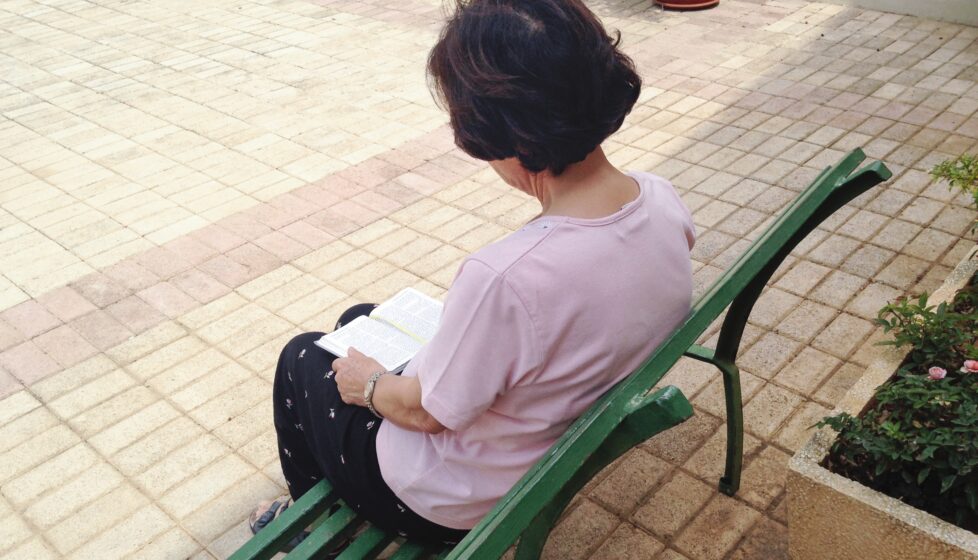 Beginning in 2011, Islamist groups like the Islamic State (ISIS) and al-Nusra Front have been fighting Syrian government forces for control of the country. Christian villages have been overrun and church leaders forced out, leaving Christians without a shepherd. One church leader who was kidnapped and held hostage by the militants had his beard skinned off by his captors. Some have paid the ultimate price.

Despite these horrors and the possibility of repeat attacks, some Christians have chosen to return to their villages. They view it as a special opportunity to reach fellow Syrians for Christ and encourage believers who remain in their village.

Our field workers received a firsthand account of a Syrian village that was overrun by al-Nusra in 2014. Militants entered the church buildings and destroyed everything in sight. They burned Bibles, hymnals and prayer books and vandalized a painting of John the Baptist in one church. They placed sandbags in the windows, tore down crosses on the steeples and used the churches as sniper positions. They pushed pews together to use as beds and destroyed large church bells that have been in the churches for hundreds of years. The Muslim militants believe the bells have spiritual power over areas where they can be heard and view them as competing with the mosque minarets that announce the Muslim call to prayer five times a day. A few months after this particular village was overrun, the Syrian army pushed out al-Nusra, allowing villagers to return.

Although their church buildings were severely damaged, many Syrian Christians remain hopeful. They know that the church is not a building but rather consists of all who belong to the body of Christ. As one Christian worker told a woman who was trying to restore a church building, “The important thing for you is not to just restore a church, but to restore yourself to a personal relationship with Christ.” Like this Christian worker, many others have chosen to stay and build up the true church.

Pastor Saif, who is married and has three young children, faithfully travels to nearby areas each week and reaches out to Christians whose villages have been overrun by Islamists. The church leaders in these villages have fled, leaving believers without a pastor. Pastor Saif also leads a fellowship in one of Syria’s major cities. Although the roads linking the villages and cities are very dangerous and could come under ISIS control at any time, he feels led to help these believers who are in need of encouragement and discipleship. Saif’s wife, “Zada,” understands the dangers. “We are in danger,” she told a VOM worker. “Our family is in danger, but we serve a mighty God.”

Another believer who has chosen to stay in Syria, Sabeen, lives in a village that was overrun by Islamists and now has no electricity or water. Christians from different countries in the West have repeatedly invited Sabeen to come to their country so she can live peacefully and evangelize without the fear of Islamist reprisal. She lives alone and has no one to protect her, so it would be understandable if Sabeen decided to leave. But after insurgents drove two Christian leaders from her village’s churches, she chose to stay and minister to those left behind. The hills surrounding her village are full of Islamists, some possibly members of ISIS or al-Nusra, who could return to her village and attack at any time. Still, she says, “God hasn’t freed me to leave.”

Another Syrian believer, Sahib, was a highly ranked officer in the Syrian army before being forced into retirement for evangelizing. But Sahib doesn’t need an earthly title to advance the kingdom in his country. Because of his influence, he has had unique opportunities to share the gospel with Muslims.